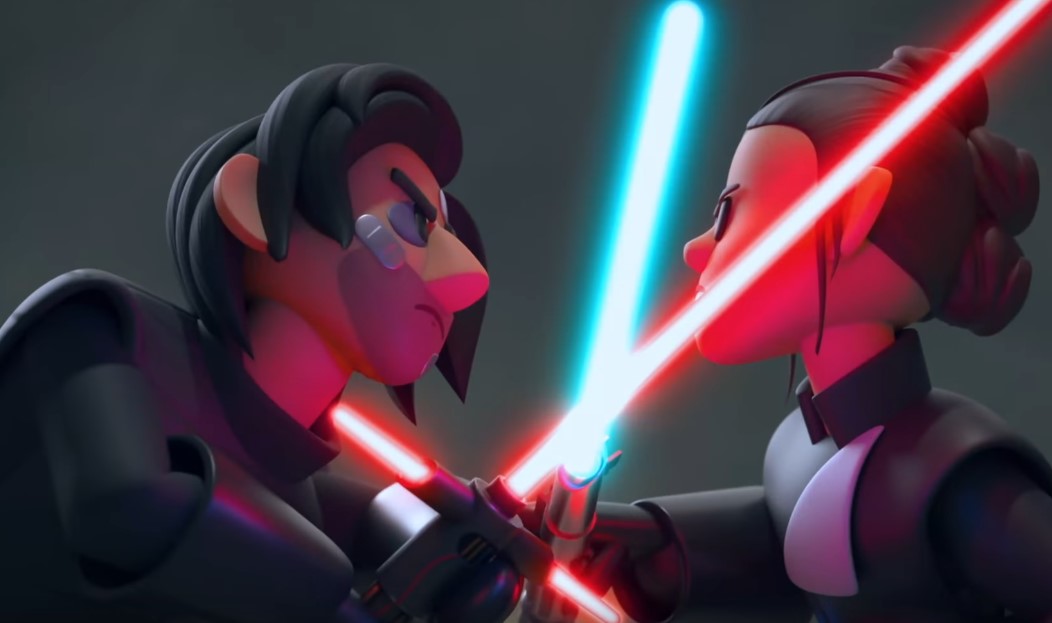 After the disappointment of Star Wars: The Rise of Skywalker, a lot of buzz has been going around for Colin Trevorrow’s original script for the film. The movie was dubbed Duel of the Fates and has been a topic of numerous debate ever since it leaked, and now Mr. Sunday Movies and @ethantaylart have teamed up to give us a shortened animated version.

While the clip is funny, it does gloss over a lot of things that are included in the script. For one, Kylo is supposed to get a new helmet after he grafts his face with Beskar. The romance between Rey and Poe is also glossed over, as well as the uprising of the people of Coruscant with old Imperial tech.

Admittedly, Trevorrow’s script wasn’t perfect, but it does feel more like a faithful follow-up to The Last Jedi, rather than Abrams direct sequel to The Force Awakens. If there was something I didn’t like about the film, it was that it didn’t find a way to redeem Ben Solo; what’s more, the romance between Poe and Rey kind of comes out nowhere. If Poe was to have a romantic interest, it would definitely have to be Finn.

I’ve already sat with my feelings with TROS for months, and though I found it disappointing, I’m sure there will be some kids out there who will love it. I just really hated how they kept calling back to old things, and making Rey a Palpatine.

For now, Star Wars: The Rise of Skywalker is set to hit DVD/Blu-Ray on March 31.