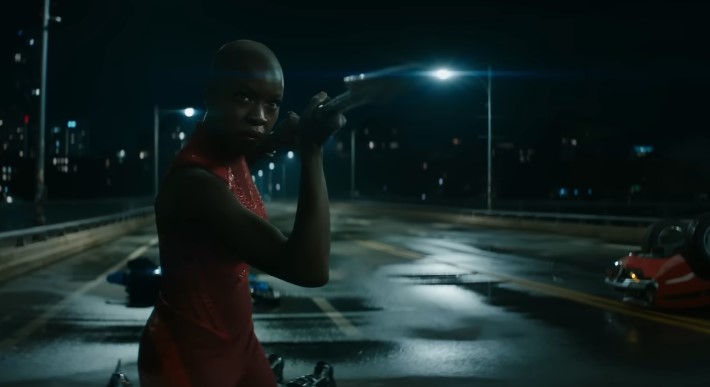 Marvel Phase 4 may have been kind of a mixed bag of films, but it managed to finish strong with Black Panther: Wakanda Forever. With the film currently making waves in the box office, a lot of fans are curious what got left on the cutting room floor.

Talking to producer Nate Moore, Collider asked what scenes were cut from the movie, and Moore confirmed, “I think there’s a spectrum. There’s some from the Director’s Cut that didn’t make it forward. There’s some that we played with for a long time, and screened, and screened multiple times. We’re notorious for tinkering a lot in editorial and trying things.”

We don’t have a specific breakdown of scenes that were cut, but it’s said that Okoye was supposed to have the spotlight after she was removed from her position, and she would react to the Dora Milaje’s new general and figure out what she was going to do with herself moving forward.

Personally, I was kind of hoping we got more of that teased romance between Shuri and Namor, because I don’t think we’ve ever got an antagonist that was also a romantic interest of the main hero in an MCU film before.

At this point, Marvel Studios isn’t really one to release ‘Director’s Cuts’, save for Spider-Man: No Way Home, but that seemed like a Sony choice to release. Though we may not get a release of Coogler’s ‘Director’s Cut’ of Wakanda Forever, some deleted scenes could still make it to the general audience. “I don’t know that we’ll ever assemble it – I’ll never say never,” continued Moore, “I don’t think we’ll assemble it into a longer Director’s Cut. But certainly, I think there’s ways to get those scenes out there in the world without building an extended edition.”

For now, you can catch Black Panther: Wakanda Forever now in theaters.