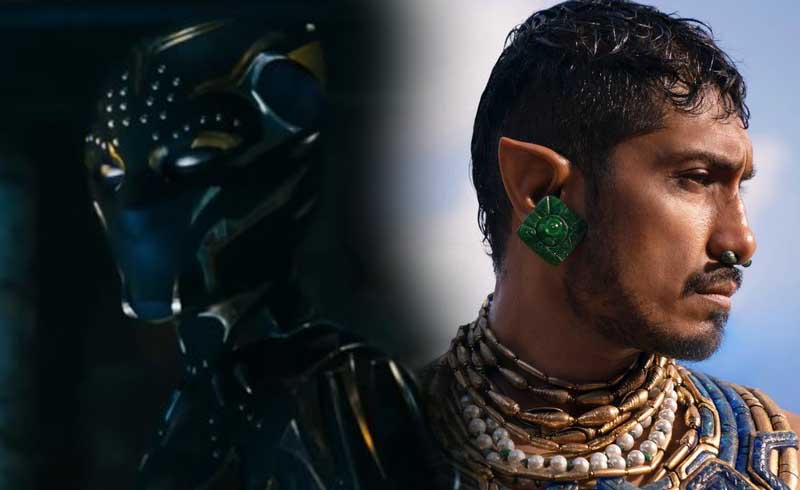 Tenoch Huerta may have said that there was no intended romance between Namor and Shuri in Black Panther: Wakanda Forever, but the editor of the film has confirmed that they were supposed to go that direction at one point.

Talking to Newsweek, Michael P. Shawver has confirmed, “There were takes where there was some connection there…and at one point in an early cut we discussed like, ‘Hey, do we leave it there? Do we just put it out there? Let’s just add some complexity to the relationship.”

Even before the film was released, it was kind of teased that Namor was a seductive character, and it kind of shows with how the character interacts with the queen, and then with Shuri when they arrive in Talokan.

Even the moment where Namor hands Shuri his mother’s bracelet was supposed to be some kind of engagement proposal. “Honestly, we’ve got to keep ourselves sane and laugh a lot, especially with the tougher moments or the serious moments, so we would always joke that when he gave her that bracelet they were married now, and she didn’t know it,” said Shawver.

In the end, they decided to drop the more obvious romance plot and just focused on the shared trauma of both Shuri and Namor. Shawver continues:

“What we ultimately focused on was Namor’s line where he says ‘only the most damaged people can be truly great leaders, and that’s planting the seed of the shared trauma that she realizes at the end [of the film].”

Though there are some fans that thought that there was nothing between Shuri and Namor, there are some who did catch that a romance was being hinted at. Personally, I’m all for the romance, seeing that it just adds to the whole complexity of Shuri’s feelings for Namor, but I guess that can be explored somewhere down the line.