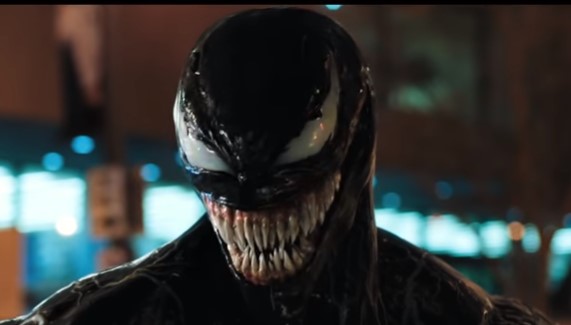 Marvel’s Venom is undoubtedly one of the most successful releases of 2018. The movie, which starred Tom Hardy as Venom himself, has earned a whopping $855 million during its theatrical run. Moreover, the movie has also received generally positive reviews from both die-hard Marvel fans and staunch film critics. With that said, the confirmation of Venom 2 should come as no surprise. Variety recently broke the news that Sony Entertainment has officially confirmed the development of a Venom sequel.

According to the report, Kelly Marcel, one of the first movie’s writers, would be spearheading the script for Venom 2. Tom Hardy, Michelle Williams, and Woody Harrelson are slated to return to the franchise. Unfortunately, while still unconfirmed, Reuben Fleischer, might be replaced by a new director. Fleischer is in the process of developing Zombieland 2 hence the director might be too busy to take on two big projects.

Aside from its huge box-office earnings, people behind Venom have long confirmed the development of a sequel. In an interview in December, Fleischer himself explained that while he doesn’t know much about the project, he knows that Venom 2 has been greenlighted:

“I mean, all I can say is that you guys can expect a sequel, but any details other than that, at this time I can’t really talk about.”

Likewise, even Venom co-writer Jeff Pinker, assured all Venom fans that the first movie isn’t the end of the franchise. Pinker has yet to be tapped for the project. However, the writer further revealed that Venom 2 should see the introduction of Spider-Man in a very significant role:

“I can’t say anything other than that it is happening. I am not [working on it]. As of right now, I am not… Without revealing anything that I’m not allowed to reveal, it is not impossible that in a future/upcoming Venom movie, Spider-Man will play a significant role.”

“So, to me, when you think about Venom, you sort of think about three different things: Venom, Carnage, and Spider-Man. Those are the three, right? Been plenty of conversations about Spider-Man, so now the next logical one is Carnage, which we just saw it; they teased it. And they made a billion without him, and I go, shoot, here we go. And they hit the second movie with Eddie Brock being Venom in minute one. They don’t have to now spend half a movie to get to the origin; it’s done, they’ve set the table. They just get to rock and roll with Venom. Dude, if I’m a filmmaker, I’m going, “Thank you. Thanks for setting the table, let’s rock.” We get two hours of fun.”

Thus far, there is no word when Venom 2 would hit theatres. However, reports claim that the movie should premiere by October 2020.