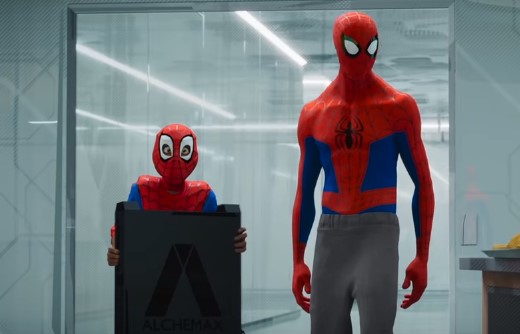 It is safe to say that most anything attached to Marvel would be highly anticipated. With that said, the fanfare over the upcoming animated film, Spider-man: Into the Spider-Verse – the latest from dynamic duo Chris Miller and Phil Lord, can barely be contained.

The movie is scheduled to premiere across the country in a few days. Recently, some of the cast and crew of the superhero feature sat down with the press in order to promote their lates project.

In a sitdown with Screen Rant, Jake Johnson, famous for his role on Fox’s New Girl gushed about his chance the play the role of Spiderman.

According to Johnson, he has been working on the film for almost two years. It seems almost surreal that Spider-man: Into the Spider-Verse is now only a few days from premiering. He feels very honored to be part of something he considers special:

“It’s what you just said. I think your reaction is the same as my reaction. I had been working on it for two years with them, two years plus. Same with Shameik. We’d been in that booth over and over. We talked, I think when we were doing press for Tag, and I was like, “I can’t say anything about it but it’s going to be good.” And I thought the reason it was going to be good was the work that Phil was putting it in, Chris, our directors were putting in, the animators. And now that it’s all come together with the music and the feeling of this movie, it’s really nice to be in a movie that’s special. We don’t get to make that many special movies anymore. So, when you’re, as an actor, when you get put in one, that’s a lucky thing.”

“I liked it. And then the message behind it is that any of you guys can do it. You can be a superhero. You can change the world. But while you’re watching it, just have some fun and eat some popcorn.”

It seems like Johnson is not the only part of the cast and crew that feels the same way for the film. In an interview with Fandango, Chris Miller revealed how grateful he is that fans of the franchise seem to be receptive of their film. He hopes that their two year project would pave the way for other animated films to push boundaries and explore their full potential:

“It’s been really remarkable seeing how people seem to connect with the story and really appreciate how groundbreaking it is. Our hope is that this opens the door for animation to kind of push for diversity of styles going forward. I hope that people will look back and say with this movie that this movie broke the dam and allowed animation to blossom — that we specifically are in a golden age of animation and it’s just getting started. So, it’s been remarkable so far, and I can’t wait to see it with more people.”

Spider-man: Into the Spiderverse is scheduled to premiere on December 14, 2018.