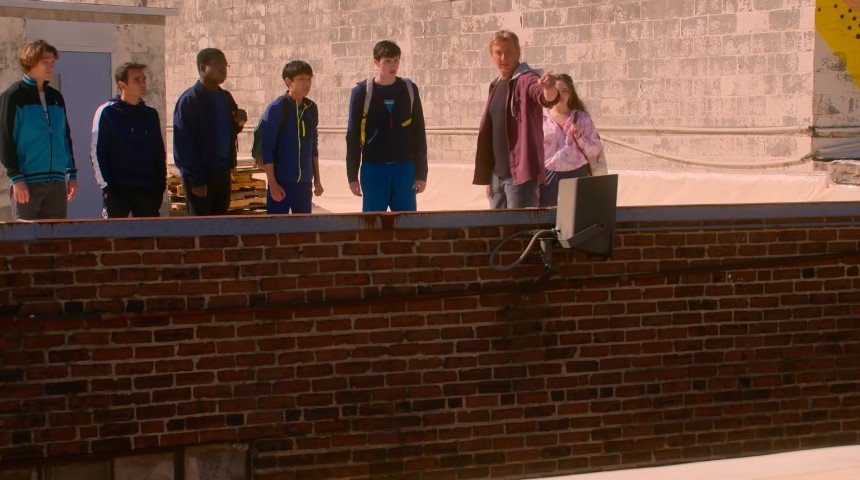 The third season of Cobra Kai had ended with Johnny and Danny fusing their dojos (Eagle Fang and Miyagi-Do) into one, and we’re going to spend the fourth season watching the two senseis mix their teaching styles. Now we have a new clip from Season 4 with Johnny once again trying out his unconventional training methods.

Watch the trailer for the fourth season of Cobra Kai:

With Johnny and Danny spending most of the show being at odds with each other, this will be the first time we actually see them team up to achieve a common goal. Though Danny’s clean-cut method seemed fine, it still lost to Johnny’s Cobra Kai way back in the first season. Even if he seems to be making it up as he goes, you have to love watching Johnny train his students and somehow shine as a teacher who truly cares.

We don’t know how long Cobra Kai is meant to run, but the show has been doing great with mixing nostalgia and presenting us with a new batch of Karate Kids. Hopefully it ends at the right time, rather than overstay its welcome like several other shows before it.

Season 4 finds the Miyagi-Do and Eagle Fang dojos joining forces to take down Cobra Kai at the All Valley Under 18 Karate Tournament… and whoever loses must hang up their gi. As Samantha and Miguel try to maintain the dojo alliance and Robby goes all in at Cobra Kai, the fate of the Valley has never been more precarious. What tricks does Kreese have up his sleeve? Can Daniel and Johnny bury their decades-long hatchet to defeat Kreese? Or will Cobra Kai become the face of karate in the valley?

Catch Cobra Kai 4 when it comes back on Netflix on Dec. 31.