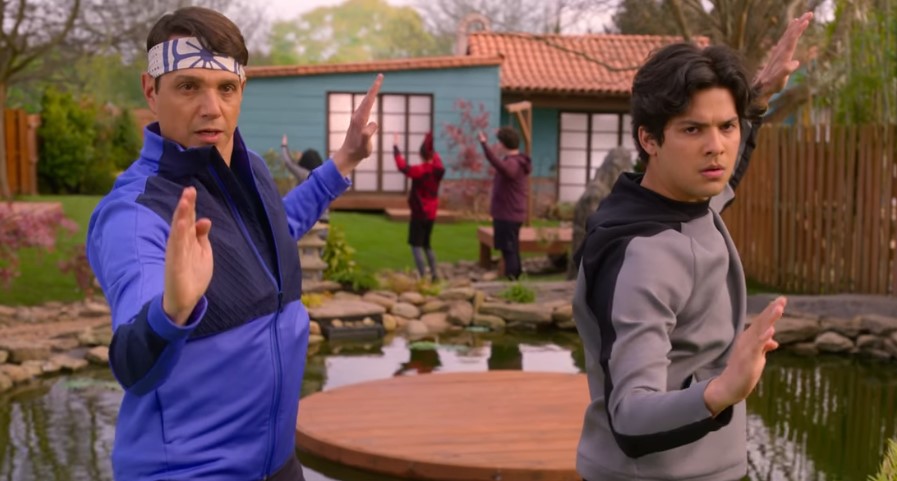 After three seasons of rivalries, Johnny Lawrence and Daniel LaRusso are finally working together in Cobra Kai, and the fourth season is set to premiere on Netflix this coming New Year’s Eve. Just in, we have a new trailer, and it amps up the karate drama between Kreese’s Cobra Kai with Johnny and Danny’s Eagle Fang.

Season 4 finds the Miyagi-Do and Eagle Fang dojos joining forces to take down Cobra Kai at the All Valley Under 18 Karate Tournament… and whoever loses must hang up their gi. As Samantha and Miguel try to maintain the dojo alliance and Robby goes all in at Cobra Kai, the fate of the Valley has never been more precarious. What tricks does Kreese have up his sleeve? Can Daniel and Johnny bury their decades-long hatchet to defeat Kreese? Or will Cobra Kai become the face of karate in the valley?

While the has been careful in picking out its references from the Karate Kid films, this fourth season will be bringing back Terry Silver (Thomas Ian Griffith), a friend of Kreese and a former teacher of Danny. We don’t know what the Silver/Kreese tandem is going to do to the current students, but it’s going to be interesting to watch Danny and Johnny put their differences aside and champion their own karate philosophy.

Though some shows get lost between nostaligia and introducing something new to audiences, the show manages to maintain a perfect balance of old and new; even commenting on the dangers of staying in your ‘glory days.’ We don’t know where this story is going to end, but showrunners Josh Heald, Jon Hurwitz, and Hayden Schlossberg have been doing great so far.

Catch Cobra Kai 4 when it comes to Netflix on Dec. 31.