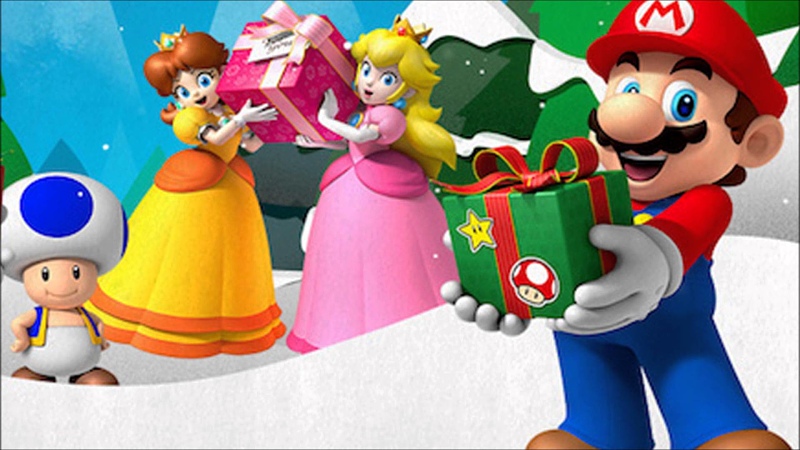 It’s that time of year again folks: Christmas! Sleigh bells are ringin’, snow is glistenin’, and in an alternate universe, Batman is delivering presents to children all over the world. 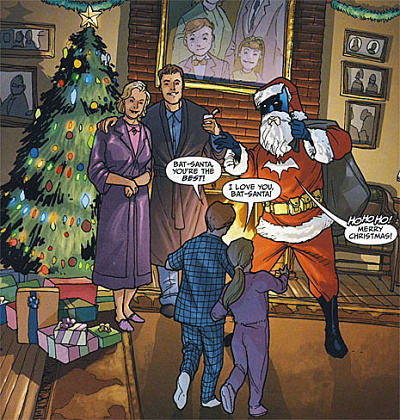 But we’re not here to talk about the side-gigs of a Batman who’s clearly had difficulty finding jobs when crime-rates are low. No, today we’re looking at the history of Christmas themed levels in video games. (Because what better time is there to reminisce fondly and get drunk on eggnog…or is that just me?) Here are my top 10 nostalgic Christmas levels in video games. 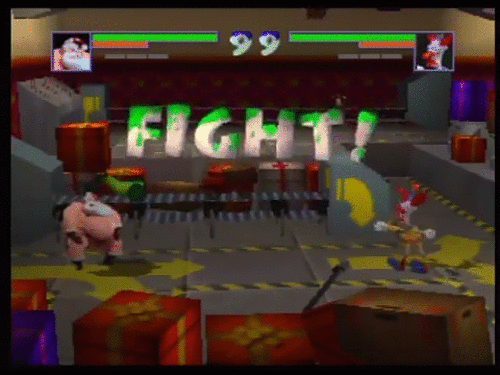 Clay Fighter 63 1/3 may not have been the most popular game to come out for the Nintendo 64. However, for some reason, this strange game has always stood out in my memory. Maybe it was the clever use of clay animation. Maybe the gameplay was legitimately impressive. Or maybe it was because you could beat the crap out of a killer clown as a sumo wrestler Santa. Yah…that was probably it. 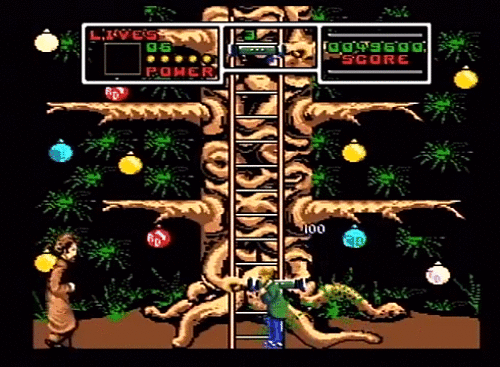 Yes, the “sort-of-Christmas” movie officially received a “sort-of-Christmas” game for the Super Nintendo. Does anyone else remember this fever dream of a video game? In the opening level, you could be defeated by bouncing luggage. BOUNCING LUGGAGE. The insanity doesn’t end there though. See that screenshot? Nothing unusual there, right? Just an adolescent boy pointing a boxing-glove-mounted rocket launcher at an enemy inside a gigantic Christmas tree. If that doesn’t get you in the spirit of the season I don’t know what will. 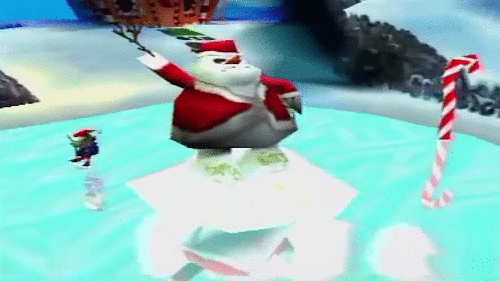 Confession time guys…I didn’t actually play the third Gex game. In fact, I’d forgotten there even was a third one. I did, however, play the original Gex game so much that his puns still haunt my dreams to this day. After checking out this level though I have to admit it’s as Christmas-themed as Christmas levels get. I dare you to be more “holly-jolly” than Frosty the Snowman in a Santa suit next to a giant candy cane. If you remember this level fondly then be sure to tell me what I missed out on in the comments. 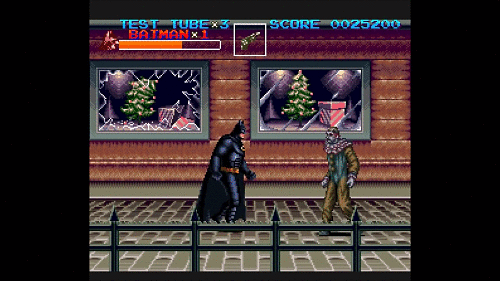 Okay, seriously – what is it with the Christmas-themed levels centered around beating up clowns? Is that a theme I never recognized? Was a developer really traumatized by the movie IT? In any case, at least in this game, you get to play the caped crusader, Batman, instead of a shirtless Santa Claus. Or is this the universe where Batman is Old St. Nick? It’s so hard to keep track. 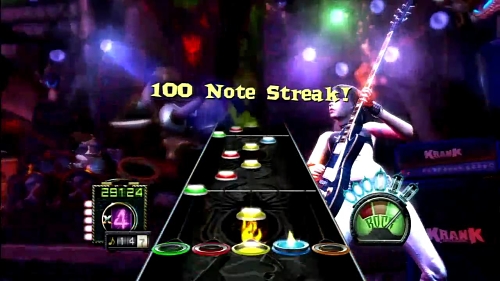 I don’t care if I’m technically cheating on this one. The amount of time I spent shredding on a fake guitar to this song could fill up a world tour (and make Van Halen cringe). And because of that, I’m including this “level” on the list. I mean the first two buttons on the screen are green and red. That’s as Christmasy as it gets, right? 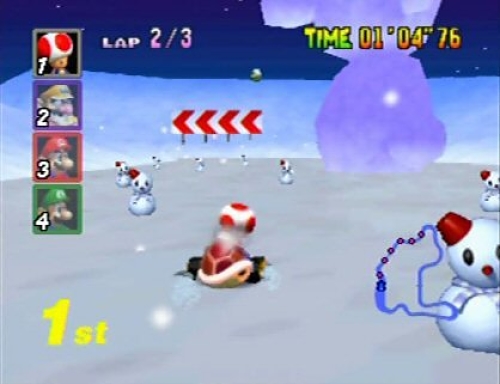 Stop calling me a cheater! This is definitely a Christmas level! You’ve got snow; you’ve got jolly music; you’ve got snowmen you wish would burn in Hell. Surely, I’m not the only one who hated that section either. An army of snowmen as far as the rendering can see…staring at you…watching…waiting. Then BAM! One slip-up and Frosty sends you from first place back to sixth. I’ll take a blue shell any day. 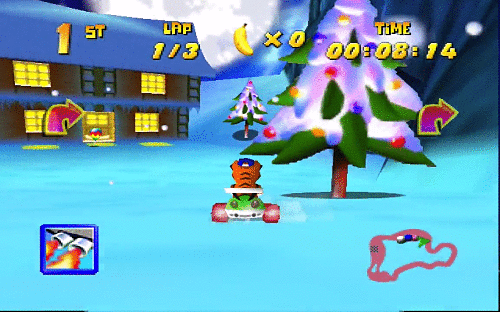 Sticking with the theme of old-school racing games it’s hard not to include this level from Diddy Kong Racing. Mario Kart may be up for debate, but this one is without a doubt based on Christmas. Just look at those trees covered in colored lights. Don’t you just want to cozy up in that house with a cup of hot chocolate? The best thing about this level though: the music. Seriously, if you haven’t heard the soundtrack to this level stop reading and check it out right now. 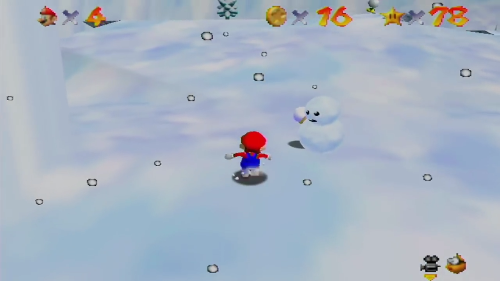 I admit it. See that snowman in the picture? Remind you of anything? I included this level purely because you can take revenge on those demonic snowmen from Mario Kart. I don’t care that they aren’t technically the same villain. Revenge has never tasted sweeter…muahahahaha!

Oh yeah. And the level is snowy and stuff… 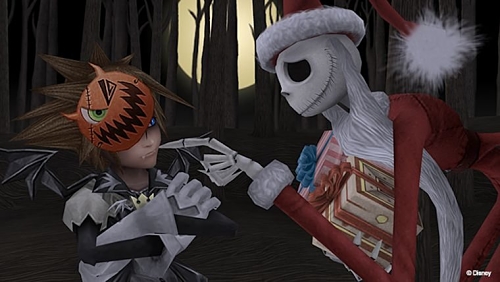 Do I really need to explain why this one is on the list? If you’ve seen Tim Burton’s The Nightmare Before Christmas then you should have a clear idea of how this level plays out. In the above picture, you can see Jack Skellington dressed in a Santa suit and carrying several presents. That’s right – Jack is up to his old tricks trying to take charge of Christmas. There’s even a portion of the level that takes place at Santa’s workshop! As a long-time fan of both the movie and this game series this level really makes me feel all warm and fuzzy inside…despite all the enemies literally trying to steal your heart. 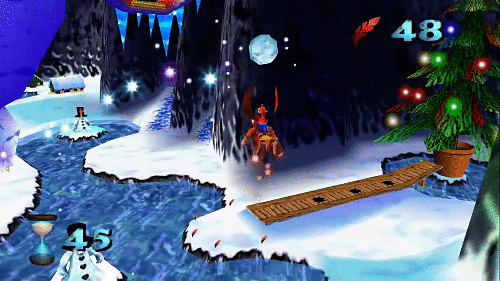 A lot of you probably saw this coming. Of course, Freezeezy Peak had to be number one on the list. Just look at that environment from one picture alone! Giant Christmas tree, living snowmen, snow everywhere – the scene screams Christmas. There’s even more than that though: a giant snowman you can climb, stacks of wrapped-up gifts, and even three anthropomorphic polar bear cubs you have to collect presents for.

As December 25th steadily approaches, now may be a good time to dust off your old game consoles and give these games a try. While the gameplay may be a bit dated, if you’re really feeling the Christmas spirit lately you’re sure to have an absolute blast.

And don’t forget if you’re in the Christmas mood we also made a list of the top 10 Christmas movies of all time!