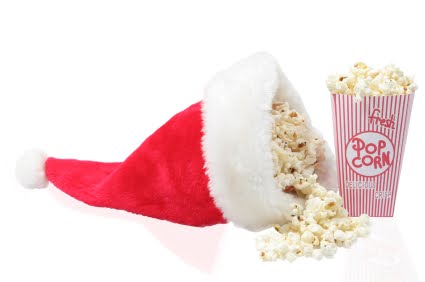 This is the time of the year to hang all your favorite festive decorations, do Christmas shopping and, of course, watch great movies that remind you how wonderful this season is.But which ones would we rank as our top picks? Here’s a list of our top 10 favorite holiday movies of all time. 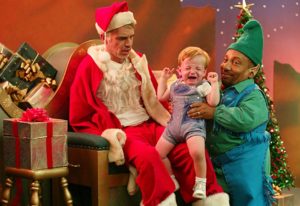 This could surprise you, but Billy Bob Thornton’s “Bad Santa” finds a place on our list. The movie is not for the whole family mainly because Billy Bob Thornton plays a sex-crazed, alcoholic Santa in the film. He said that this movie is for people who are fed up with the whole family attitude toward Christmas. The exciting thing about ‘Bad Santa’ was that Bill Murray was supposed to play Santa. And the Coen brothers were supposed to be directing it. And we’re sure that Bill Murray could have done something amazing with it. But the fact is, this is one of Billy Bob Thornton’s key roles and to watch him just pass out somewhere kind of help brings the entire idea of Christmas back to reality, which is a welcome change for the average family-friendly affair. 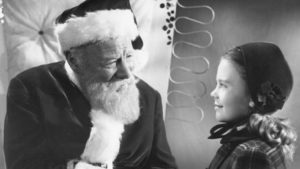 We recommend the 1947 version which won numerous Academy Awards. Think about it this is the only movie where an actor (Edmund Gwen) who played Santa Claus and called himself Kris Kringle and won an Academy Award for playing it.

(Side note we did also like the 1994 re-make, but it doesn’t always give you the same charm that the original does). 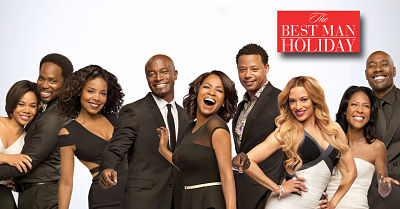 The cast of this movie is composed of Taye Diggs, Nia Long, Regina Hall and Morris Chestnut. We like this movie because it’s a different kind of Christmas movie and it works. Plus it has some great comedic moments which you don’t always get from Christmas movies.

7. The Nightmare Before Christmas 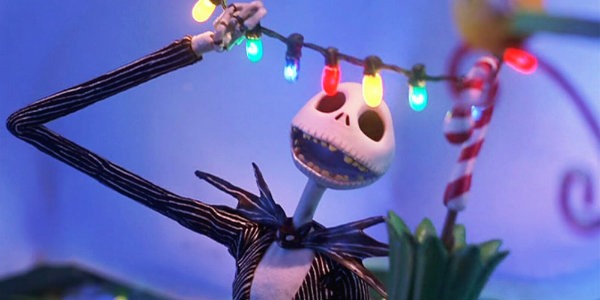 We know, we know some people consider this a Halloween movie you guys can argue that in the comments below, but overall
“The Nightmare Before Christmas” makes our list because we can see Christmas bashing up against Halloween which is amazing because they are two different kinds of spirits. Jack Skellington is a guy who loves the idea of Christmas because it’s the antithesis to Halloween and there is something very endearing about that. 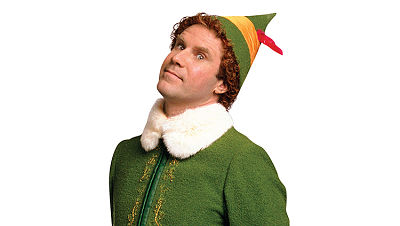 This is a beautiful piece of comedy. It first aired in 2003 to a lot of skepticism. Buddy (Will Ferrel) is a guy who is a human and believes he is an elf, but he is somehow taken to the North Pole, where he doesn’t fit at all, and this idea eventually catches up to him, and he finds himself back in the land of humans, many of whom think Santa is fake, and then all the hijinks ensue including a romance for Buddy. It’s really a light-hearted movie that is great for all ages. 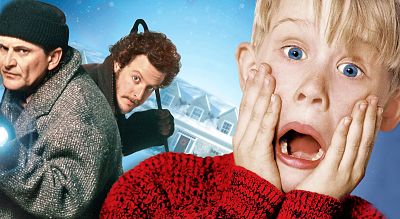 Of course the classic ’90s film “Home Alone” should have a spot on this list. This movie is timeless, we know we grew up with it, and even when we re-watch it today, it still feels like it’s new even though the plot probably wouldn’t work in today’s tech-obsessed world. But the fact that kid get’s left home alone because his family is too busy to notice him missing is genius and then you add the element of two bumbling idiot criminals going against a smart-aleck kid, and somehow it just works. 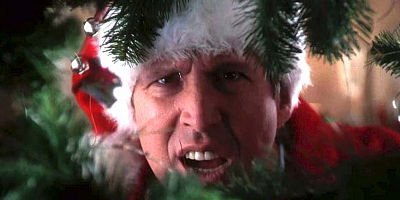 The comedy classic “National Lampoon’s Christmas Vacation” has to be on our list. How can you not like the Griswold family with Chevy Chase and Beverly D’Angelo as the matriarchs and all their children? This movie is probably the best out of the National Lampoon franchise, but we will always have a soft sport for Family Vacation and Vegas Vacation as well. 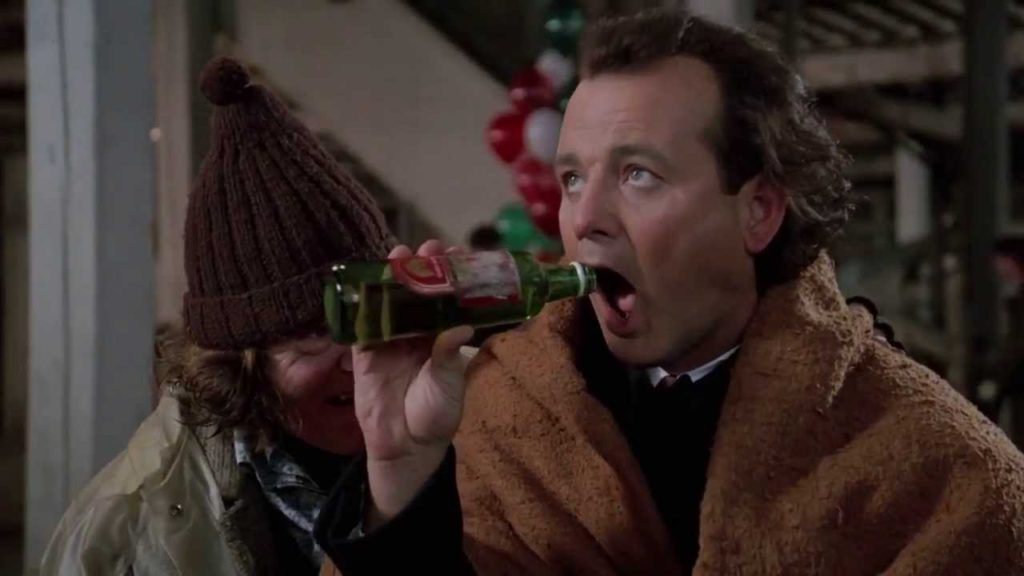 these films centering on Charles Dickens‘ “A Christmas Carol” tie on our list. It’s a tie because the two actors in this were the best people who ever played Ebenezer Scrooge.
Alastair Sim played the titular role in 1951’s “Scrooge,” and we have to say there’s probably nothing closer to Dicken’s described Scrooge than Alastair Sim’s performance in this.
Then, of course, you have Bill Murray’s portrayal of the character managed to update this Dicken’s tale into corporate life and made it into something contemporary that’s believable in today’s world of “hustle mode on”. Both tales, of course, tell you the same story, but each one says it in a way that makes you believe that this is a tale that could very much happen in real life. 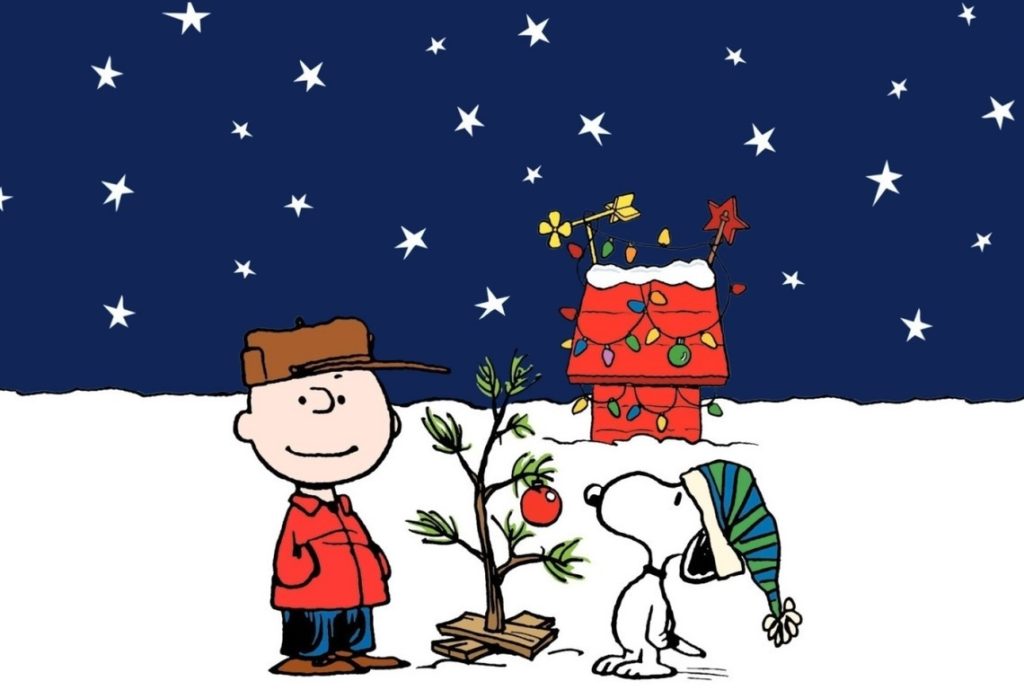 This is the only animated film on our list. Is it because it’s played year after year like clockwork? Eh, maybe, but it’s played every year because it is a kid-friendly classic that tells a heartwarming tale about a boy who is depressed by all the commercialism around Christmas, but in the end finds the true meaning again and realizes that his friends do love him. It’s a bittersweet animation that Charle’s M. Shulz brought to life initially through comic strips and then right to our tv’s where we can watch it year after year. Especially since ABC has the rights and if there’s anything ABC knows it’s how to milk something, but in this case, we’re glad because we genuinely love this animated movie even if the animation is older than we are.1. A Christmas Story 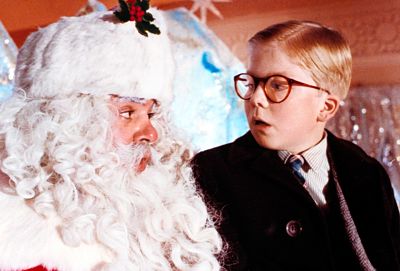 How can an “A Christmas Story” starring actor Peter Billingsley as Ralphie not be in the top spot? It’s a movie that we all know so well and stars a kid on a mission to get the one thing he wants this year Red Ryder Carbine-Action 200-shot Range Model air rifle. It’s a Christmas classic that you can’t miss and when you hear the words “You’ll shoot your eye out kid” you know that Christmas is really here.

What do you think of our list? Agree or disagree? Should we add A Christmas Prince to it? Let us know in the comments below.