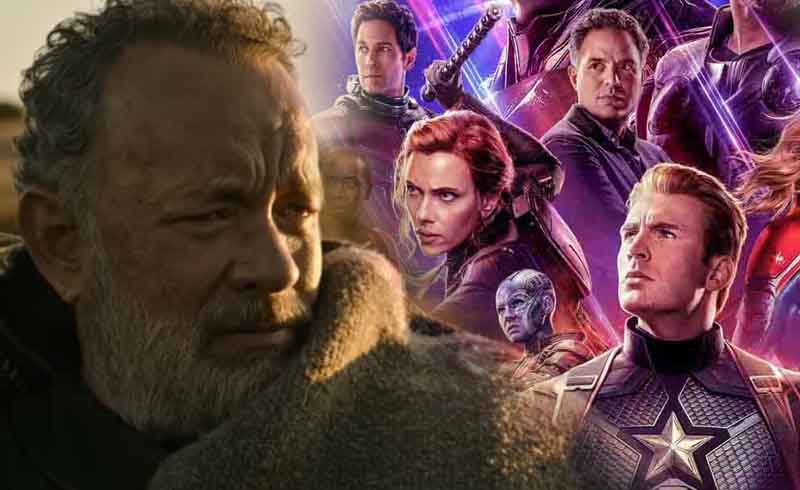 Probably one of the industries that has been hit the hardest by the pandemic is the box office, studios and theatre chains have been trying their best to cope when people aren’t allowed to gather in crowded places. Though there had been a lot of disdain for big budget franchises like the MCU for ‘destroying cinema’, veteran actor Tom Hanks thinks it’s what will save the theatrical experience.

Talking to Collider, Hanks explains how he thinks the ‘event pictures’ will be the films that will bring everyone back to theaters when the pandemic starts to die down. He says:

“A sea change was due, anyway… It was coming. Will movie theaters still exist? Absolutely, they will… In some ways, I think the exhibitors — once they’re up and open — are going to have the freedom of choice of what movies they’re going to play… Big event motion pictures are going to rule the day at the cinemas… News of the World might be the last adult movie about people saying interesting things that’s going to play on a big screen somewhere, because after this, in order to guarantee that people show up again, we’re going to have the Marvel Universe and all sorts of franchises.”

Granted, Hanks does sound a bit melancholy when he talks about ‘adult movies,’ but even before the virus, a lot of debate has been going around with studios mostly focusing on big franchises to release in theaters and more ‘adult movies’ coming out on streaming services.

If anything, some believe that the comic book genre is just a fad, and even now ‘franchise fatigue’ has been a phrase that’s been thrown around a lot. Surely these more cerebral films will still have a place in big theaters, but for now, it’s going to be up to franchises like the Marvel or the MCU to just get people back in seats.

In the meantime, you can catch Hanks in News of the World now in theaters.