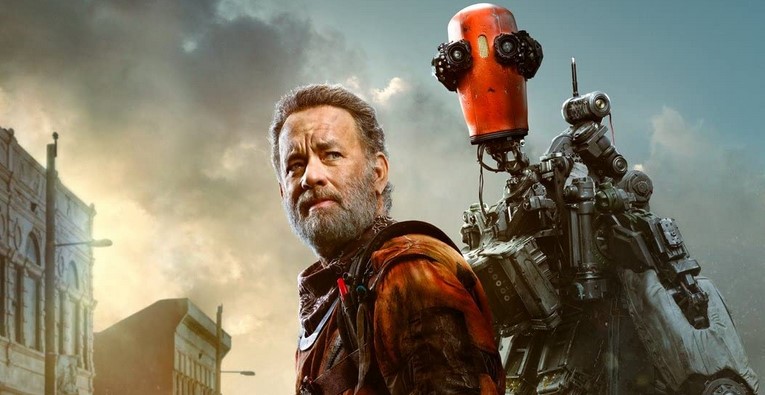 Watch the trailer for Finch here

Tom Hanks is Finch, a man who embarks on a moving and powerful journey to find a new home for his unlikely family—his beloved dog and a newly created robot—in a dangerous and ravaged world.

The movie is directed by Miguel Sapochnik who is best known for his work on Game of Thrones. While GoT’s final season wasn’t the most well-received, Sapochnik still gets credit for fantastic, action-packed episodes like Hardhome and Battle of the Bastards.

Besides Hanks, the film also stars Caleb Landry Jones (Get Out) as Jeff. Though the movie is titled Finch, I have a feeling that Hanks is going to die at some point in the film, as the robot’s prime directive (based on another description) is to protect the life of Finch’s dog.

Aesthetically, the movie looks a lot like Ridley Scott’s The Martian where a tech-savvy protagonist has to survive a harsh planet. Either way, Hanks is always a delight onscreen, and with his work on Cast Away, he’s essentially the face of “lonely survivor” films; top that off with Sapochnik’s reputation, and we should expect a fantastic film.