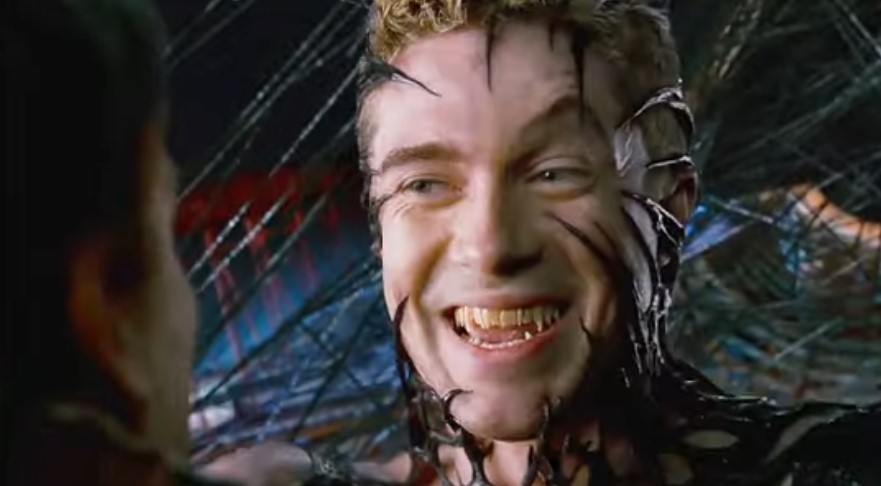 While a lot of people are excited about Tobey Maguire’s alleged return as Peter Parker in Spider-Man: No Way Home, some are wondering which other characters are going to be coming back for this multiverse mash-up. We know Alfred Molina is coming back as Doc Ock with rumors going around for Jamie Foxx (Electro) and Willem Dafoe (Green Goblin), but what about Topher Grace’s Venom?

When asked by a fan if he would be in Spider-Man: No Way Home, Grace replied with a hilarious breakdown of the plot. Read it here:

With actors involved in the movie likely having strict NDAs, I think Grace’s jab at the plot is pretty much confirmation that he won’t be in the film. That being said, I would love to see some kind of return of his Eddie Brock. I’ll admit, I’m not that large of a fan of his Venom, but his Brock is a fun foil to Maguire’s Peter Parker.

With the movie already sounding as crowded as it is, there’s probably no room for Grace to make a significant comeback. I won’t say no to a small cameo or even an after-credits scene. You think Tom Hardy’s Venom would be up for a multiverse storyline?

Spider-Man’s identity is revealed to everyone, and he can no longer separate his normal life from his superhero life. When he asks Doctor Strange for help, it forces him to discover what it means to be him.

Catch Spider-Man: No Way Home when it swings into theaters on Dec. 17. Venom: Let There be Carnage hits theaters on Oct. 1.