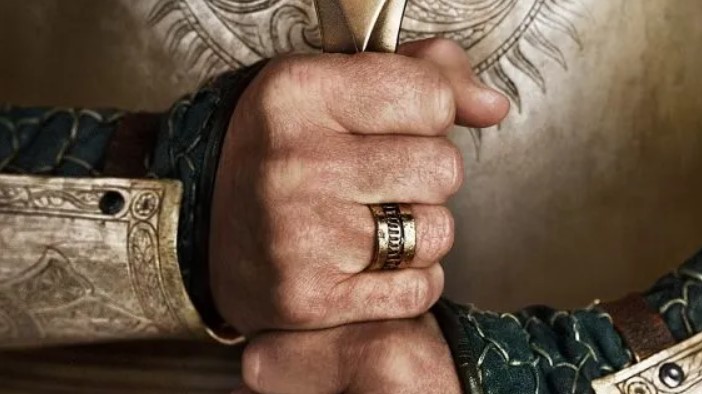 With The Lord of the Rings: The Rings of Power set to come out this September, Amazon is doing its best to slowly build the hype toward the premiere. After the title reveal last month, we now have some character posters that give us a good look at the series props and weapons.

The Official Character Posters for ‘THE LORD OF THE RINGS: THE RINGS OF POWER’. pic.twitter.com/ibjJrX7VgU

For a complete look at all 23 character posters, you can visit TheOneRing.net. It hasn’t been revealed who these characters are yet, but some are already making guesses with names like Sauron and Isildur. I guess you can also guess races with the dwarves holding weapons and the elves having more elegant-looking swords.

Admittedly, there looks to be some new type of design philosophy when it comes to these props, so we can assume that the series doesn’t take place in the same continuity as the Lord of the Rings films. While Aragorn’s Anduril has become iconic in pop-culture cinema, I’m going to make a guess and say that the sword with the sun on it is Narsil. Then again, that sword comes to Isildur near the end of the Second Age, so maybe this could just be a regular Numenorian sword, and we can get the screen-accurate Narsil later on in the series.

It’s been years since the end of The Hobbit trilogy, and fans are ready to come back for more Middle-Earth. Let’s hope that Amazon doesn’t disappoint, especially now that they’re working on purely lore and no storyline laid out by Tolkien.

The Lord of the Rings: The Rings of Power makes its debut on Amazon Prime Video on Sept. 2.