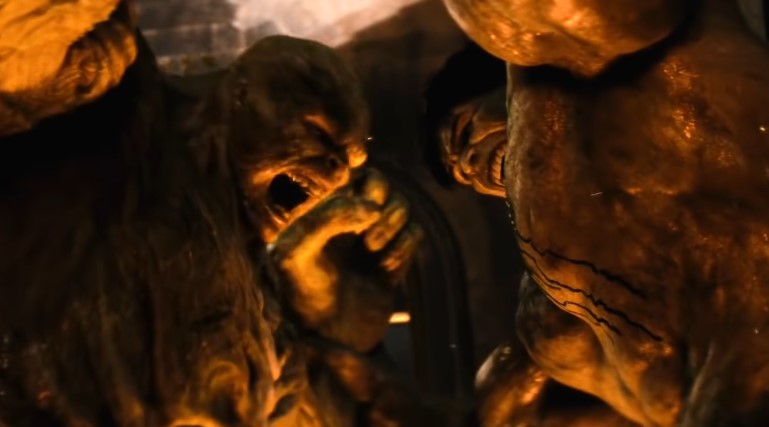 We know that Hulk clashed with Abomination in The Incredible Hulk back in 2008, but we weren’t so sure they could be meeting again for the upcoming She-Hulk series. As it turns out, Tim Roth, who plays Emil Blonsky, has confirmed that he has shared the set with Hulk actor Mark Ruffalo—so it’s possible they could be sharing a scene.

Talking to Forbes, Roth talked about how he joked with Ruffalo (possibly referencing him replacing Edward Norton as the Hulk). Roth says:

“Yeah, I was like, ‘You’ve changed.’ (Laughs) It’s kind of fun. We used to hang around and muck about between takes, and we had a nice time. I very much respect Mark as an actor, so even under those bizarre and wonderful circumstances, that one was a treasure.”

If anything, there really isn’t any personal beef between Hulk and Abomination. I guess Blonsky was just really into fighting strong things, and he purposefully put himself in front of the Hulk. Though I expect Blonsky to have some kind of reaction to Bruce, I don’t expect Bruce to really act out when Blonsky is put in front of him; though I wouldn’t be opposed to a Hulk/Abomination rematch.

There are a lot of concerns over She-Hulk from CG to having a superhero/lawyer show, but I’m willing to walk into the series with optimism. Tatiana Maslany has been getting a lot of praise, and the She-Hulk character has been nothing but stunning in the previews.

Catch She-Hulk: Attorney at Law when it premieres on Disney+ on Aug. 18.