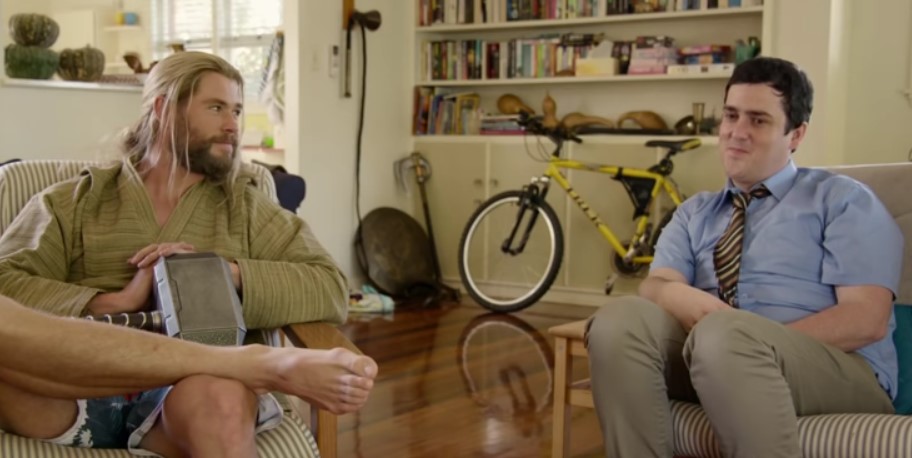 Before Thor: Ragnarok was released, every Marvel fan fell in love with Daryl, Thor’s alleged roommate during the events of Captain America: Civil War. With Thanos snap destroying half of humanity, Darryl has come up with a new video to assure everyone is okay, and wishes Thor (or rather Chris Hemsworth) a happy birthday.

I think this is a perfectly clever video from Daley Pearson. He captures the ‘awkward’ humor of Darryl from all the other Thor shorts, complete with badly performed Happy Birthday jingle on a stylophone

It’s worth noting that Hemsworth’s birthday is on the 11th of August, but the actual Thor debuted in Journey Into Mystery #83 which came out August 01, 1962. Darryl may not have posted on the exact date, but he did get the month right.

For now, we don’t know if we’re going to be seeing any more Darryl shorts. I think it will depend on whether Taika Waititi wants to do another film with Marvel. Then again, Hemsworth is planning his final appearance in the MCU with Avengers 4.

Fingers crossed he actually gets a run-in with Darryl onscreen. Darryl might not have been part of any of Marvel’s movies, but it’d definitely be fun to see him on the big screen along with Asgard’s God of Thunder.