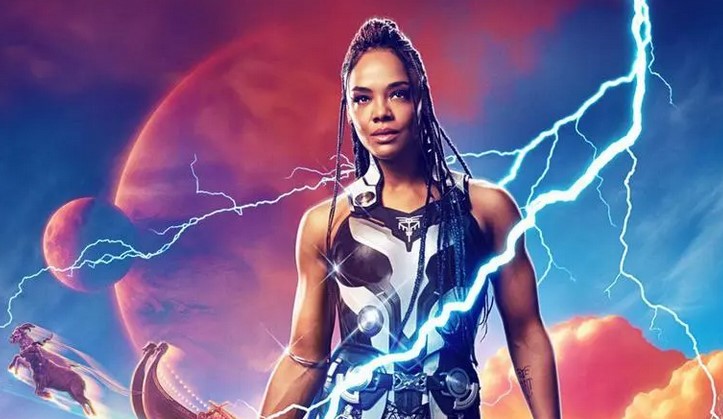 Tessa Thomposon had made her MCU debut with Thor: Ragnarok, and she’s ready to come back for Thor: Love and Thunder. Though Marvel films are notorious for their NDAs and keeping secrets from fans, Thompson had to apologize for her mother leaking a look at her new Valkyrie costume in the next Thor film.

Talking to Fandango (via The Direct), Thompson explains:

“Oh, that… no. See… I sent a picture to my stepmom and she posted it on Instagram. Yeah, [it] wasn’t me and it’s a big thing. She feels terrible. I’m so sorry, Marvel. I’m so sorry, Disney. It’s not my fault. I will never– I’m never gonna send selfies again.”

For now, I guess the cat is already out of the bag. We’ve already got a look at Valkyrie’s new costume in the film from the trailers, so I guess Thompson’s mother is safe from the Marvel NDA team.

As for Valkyrie though, we don’t know what her story is going to be for Thor: Love and Thunder. It looks like she’s been assigned to be the ruler of New Asgard, but based on the previews, she could be getting bored of her position on Earth, that’s why she takes the chance to travel across space with Thor again.

Personally, I want to see Thor take the Odin role in the future of the MCU, since he has a long story ahead of himself in the comics. Hopefully Marvel is thinking of keeping Hemsworth around rather than killing him off to get replaced by Jane Foster.

Thor: Love and Thunder comes to theaters on July 8.