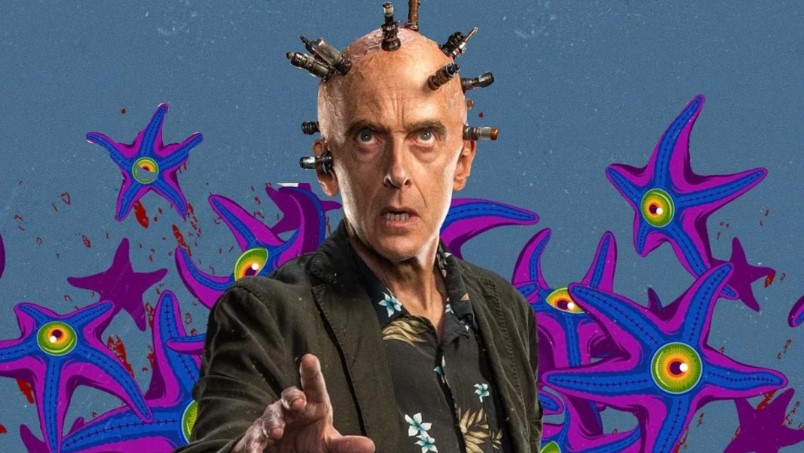 James Gunn had delivered a hit with The Suicide Squad, then spun it off with the series Peacemaker on HBO Max. We know that he’s currently working with Marvel to make Guardians of the Galaxy Vol. 3, but Gunn is teasing what looks to be another Suicide Squad spinoff.

He teased this on Twitter with a photo of Peter Capaldi’s the Thinker:

With the Thinker having died in The Suicide Squad, we can assume that any other project including him would have to be a prequel. Then again, I think there’s a huge chance that Thinker would have had different methods of self-conservation. What if those things on his head are connected to some larger hive mind? I mean, he doesn’t even do anything that superhuman in The Suicide Squad before he’s taken out. He could have just been a normal human scientist.

With Peacemaker having been confirmed for a second season, maybe the Thinker could come back for the show. Admittedly it’s not unclear what’s in and what’s not in the DCEU, but I guess that just allows Gunn the freedom to put whatever he wants in the projects that he’s working on.

Personally, I thought the character of the Thinker was a tad underwhelming in the film, and with an actor like Capaldi onboard, you’d think that they would have made him do more in the film. Hopefully we get some kind up update sooner rather than later.

For now, you can watch out for Peacemaker now on HBO Max.