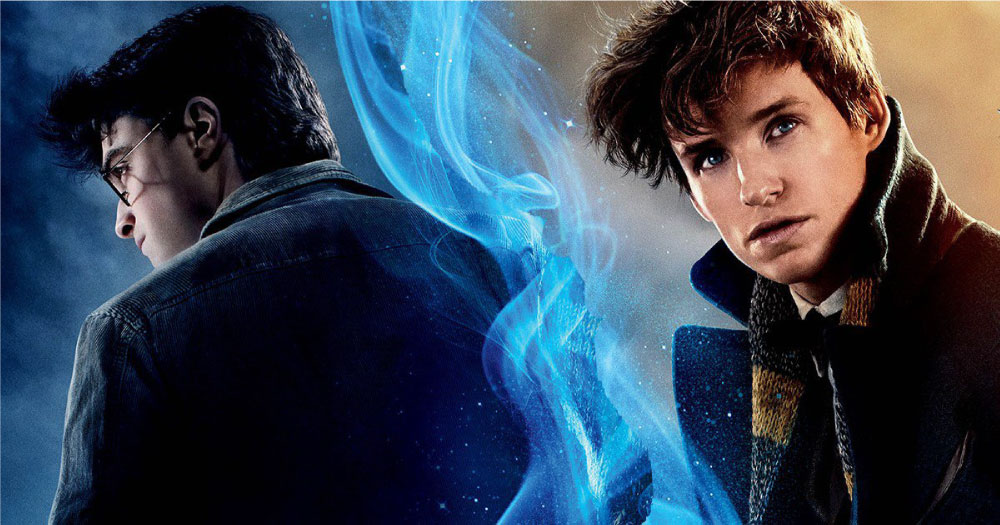 Daniel Radcliffe, aka Harry Potter, has weighed in on the current controversy around the casting choice of Johnny Depp who plays Grindelwald in Fantastic Beasts. As you may know, there have been numerous calls for Depp to be removed from the series even before the first movie came out, this was prompted by his now ex-wife’s, Amber Heard, restraining order against him in May 2016 claiming he was “verbally and physically abusive”.

Of course, Heard dropped the case eventually and the couple released a joint statement, but it did not confirm whether physical abuse took place.

This caused fans to divide on the matter especially when J.K Rowling stood by the decision to keep Depp in Fantastic Beasts by saying.

“Harry Potter fans had legitimate questions and concerns about our choice to continue with Johnny Depp in the role,” Rowling said in a statement in response to the backlash in December. “As David Yates, long-time Potter director, has already said, we naturally considered the possibility of recasting. I understand why some have been confused and angry about why that didn’t happen.”

Now in an interview with Entertainment Weekly, Radcliffe has said that it was “a very hard thing” for him to talk about because the Potter films “gave me a great start in life and an amazing job.” but continued to say “I can see why people are frustrated with the response that they were given from that.”

““I can see why people are frustrated with the response that they were given from that … I’m not saying anything that anybody hasn’t already said — and this is a weird analogy to draw — [but] in the NFL, there are lots of players arrested for smoking weed and there is other people’s behavior that goes way beyond that and it’s tolerated because they’re very famous players. I suppose the thing I was struck by was, we did have a guy who was reprimanded for weed on the [original Potter] film, essentially, so obviously what Johnny has been accused of is much greater than that.”

He, of course, is talking about the actor who played Vincent Crabbe, Jamie Waylett, who was let go from the films in 2009 for marijuana possession. He was later arrested in 2011 for a homemade bomb he made during the London Riots.

The WB also made a statement on the matter by saying:

“We are of course aware of reports that surfaced around the end of Johnny Depp’s marriage, and take seriously the complexity of the issues involved. This matter has been jointly addressed by both parties, in a statement in which they said ‘there was never any intent of physical or emotional harm.’ Based on the circumstances and the information available to us, we, along with the filmmakers, continue to support the decision to proceed with Johnny Depp in the role of Grindelwald in this and future films.”

So it appears that there will be no recourse for Depp, but that’s probably because all claims were dropped and no legal issues rose. As well Depp isn’t a small-time actor he’s been around for awhile and his name has familiarity unlike Jamie Waylett, who was relatively unknown except for his role in Harry Potter.

This leaves us with questions, do you think the WB is right to stand by their decision? Do you think Daniel Radcliffe gave a fair response? And will you be seeing Fantastic Beasts: The Crimes of Grindelwald when it comes out?

Fantastic Beasts: The Crimes of Grindelwald is set for release in November.