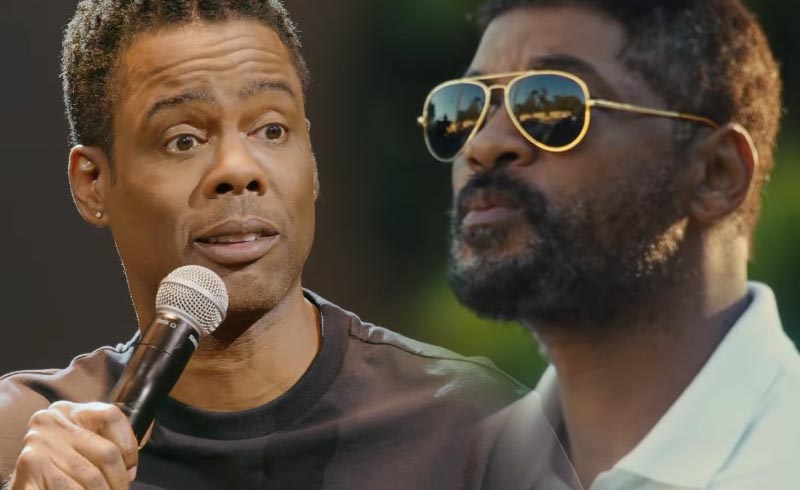 Who says the Oscars isn’t exciting anymore? Five years after they announced the wrong Best Picture winner, Will Smith makes history for one of the most awkward televised moments in history.

If you haven’t been checking your Twitter feed, you’ll notice that there’s a video of Will Smith slapping Chris Rock in the face onstage. This happened right after Rock made a joke about Jada Pinkett Smith working on G.I. Jane 2 (since her head was shaved), then it was followed by Smith walking onstage and smacking him, then returning to his seat yelling ‘Keep my wife’s name out of your f*cking mouth!”.

MAYHEM BETWEEN CHRIS ROCK AND WILL SMITH AT THE #Oscars pic.twitter.com/265hGbsEDg

VIA JAPANESE TELEVISION: The uncensored exchange between Will Smith and Chris Rock pic.twitter.com/j0Z184ZyXa

As per Variety, Smith’s publicist immediately came to his side during the commercial breaks, and Smith even got a pep talk from Denzel Washington. What’s awkward is, Smith had to go back on stage again after he won Best Actor for King Richard, and he had to issue an apology to the academy; he also shares that Washington told him, “At your highest moment, be careful, that’s when the devil comes for you.”

For now, everyone is abuzz with what happened with Smith and Rock, and Rock himself says he wouldn’t be filing any criminal charges against Smith. We don’t know why Smith would suddenly snap publicly all of a sudden, but for now, we know that everyone will want to know what he was thinking at that very moment.

Will Smith learnt from the best #Oscars 😂 pic.twitter.com/M4vQ6ZmSsn