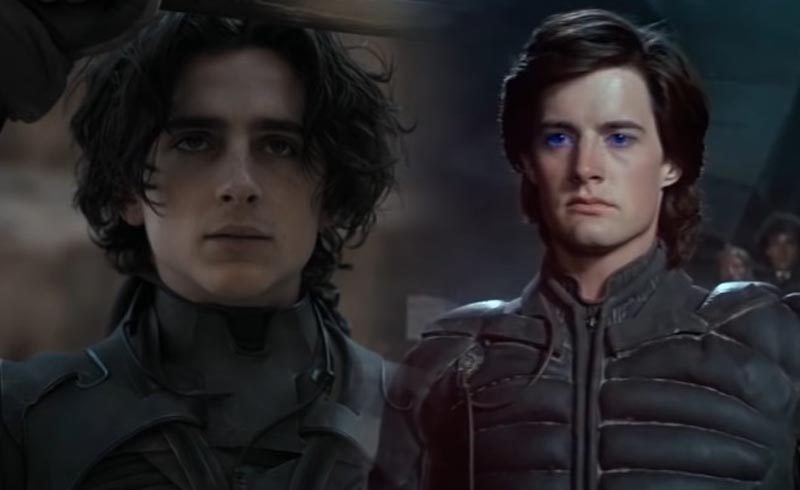 Timothee Chalamet may be the new face of House Atreides thanks to Denis Villeneuve’s Dune, but back in the 80s, it was Kyle MacLachlan who was chosen to be the Kwisatz Haderach. Thanks to the Oscars, the two were actually able to get together, and they shared a photo doing the salute from the latest take on Dune.

While there is a salute described in the books by Frank Herbert, this was actually taken from the martial art of Kali/Eskrima. Though the gesture in the books is easy enough to emulate, I thought having the gesture borrowed from an actual martial art gives it a very distinct history and feel.

Here was the passage in the Dune book:

“Paul touched his forehead with his rapier blade held vertical… Halleck turned, saw the salute and acknowledged it with a nod.”

Though MacLachlan’s Dune days are over, it would be great if Villeneuve could find some kind of way to have him appear in the next film—maybe as an Atreides ancestor. If you ask me, he can even play the emperor—that could be a nice meta reference to what Paul could become.

Production for Dune: Part Two is set to start soon, and the cast is slowly being filled out again, with Florence Pugh cast as Princess Irulan. We don’t know who else we could see in the movie, but we should expect to see Paul finally riding on some sandworms.