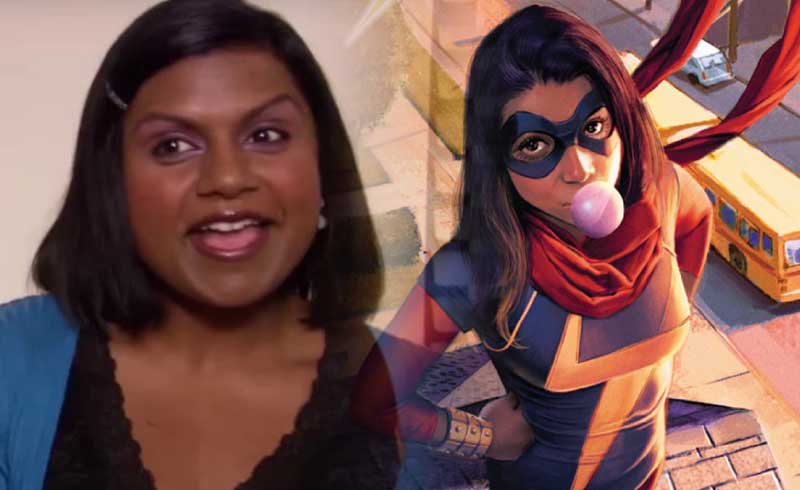 Mindy Kaling has gone a long way from playing Kelly Kapoor from The Office. Kaling is actually also very proficient behind the camera, and as it turns out, she’s had talks with Marvel about introducing one Kamala Khan a.k.a. Ms. Marvel.

“I think the people I’ve spoken to at Marvel are so excited about the character, and I think they’re trying to figure out what to do with it, and I told them I would help in any way because I truly love [Kamala Khan].”

.@mindykaling on the conversations she's had with @MarvelStudios about #MsMarvel, and who she thinks she portray the Pakistani American superhero: "I feel it might need to be an unknown" pic.twitter.com/kySV3gxgec

In the comics, Kamala is known as the new Ms. Marvel, and she’s an inhuman with the power to shapeshift. What’s also interesting about Kamala is that she’s the first Pakistani-American hero, and in her comic, you also get to watch her navigate her home life as a Muslim besides working as a superhero.

With Marvel Studios making strides for representation with films like Black Panther and Captain Marvel, it’s interesting what they could do with someone like Kamala Khan. Though there would be less risk with a Disney+ series, I would prefer they introduced her in a movie (maybe the Captain Marvel sequel), then spin her off into her own film.

Personally, I’d love it if she was introduced as a classmate of Peter Parker. I mean, Peter is basically the baby of the Avengers, and it would be great to see a hero of the same age group.

Kamala Khan has not been officially announced for the MCU.