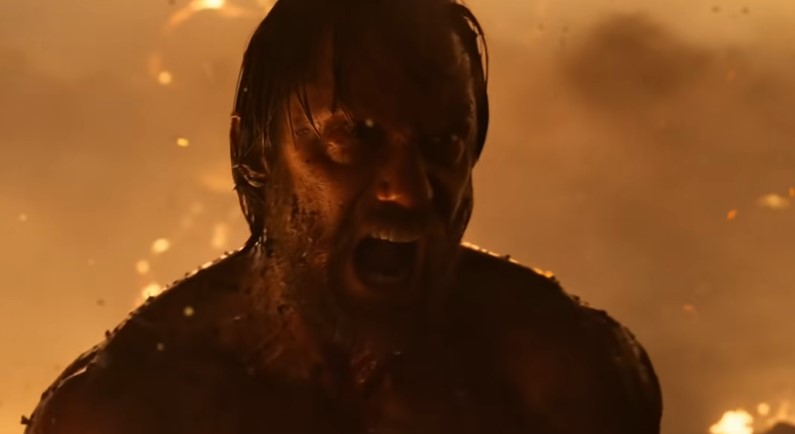 With Robert Eggers at the helm, a lot of people are expecting The Northman to have some bizarre visuals, and one scene apparently has a nude sword fight between Alexander Skarsgard and Claes Bang. What’s funny is that, the two needed to have their genitals added with CG because it was too dangerous to just let it all hang.

‘We actually had to add things digitally because they were wearing thongs [instead of being naked] because no one wanted to get their bits chopped off. So, we actually had to add some CG genitals for certain shots so that they didn’t look too Ken doll-ish. You’ve got to make it look real, so I’m sure we did some full-body scans of Alex. They’re out there.’

Robert Eggers explained why he had to add CGI genitals to Alexander Skarsgård's naked Viking fight in #TheNorthman pic.twitter.com/eLRFzIJZiP

Before the release of The Northman, there was a lot of tension on whether the film would do well in the box office. While Eggers is a renowned director, his films aren’t really considered ‘general audience-friendly’. Even Eggers himself has publicly talked about how he had to fight with the studio when it came to this film.

So far, critical reception for the movie has been great, but that doesn’t really mean that it will make its money back in the box office. Critics sung their praises for Steven Spielberg’s West Side Story, but that was still considered a flop when it finally released in theaters.

Fingers crossed that some audiences give The Northman a chance. I mean, after Morbius, aren’t some people kind of looking for a break from comic book films?

Catch The Northman now in theaters.