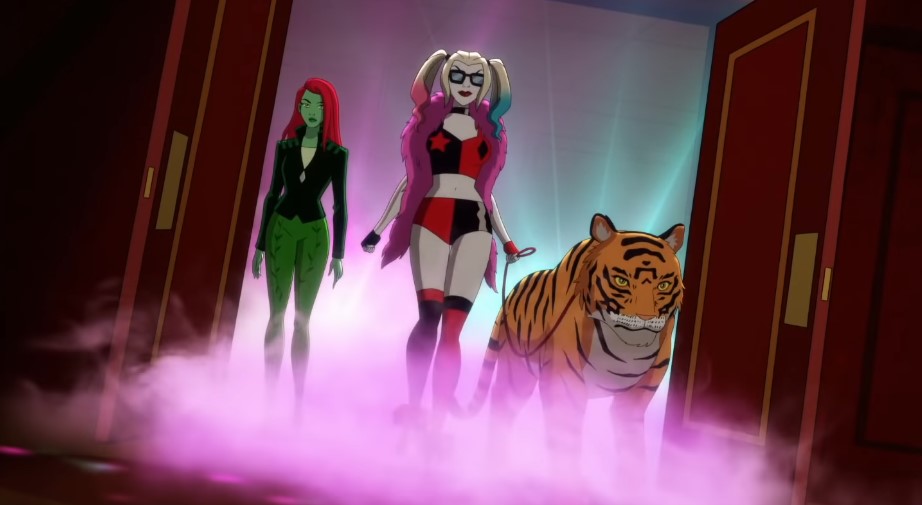 Margot Robbie’s Harley Quinn is set to come back to the spotlight in next year’s Birds of Prey, but later this month we’ll get to see an animated version of Harley in DC Universe’s original Harley Quinn series. A new trailer has just dropped for the film, and it’s filled with blood, guts, and swearing.

Harley has finally broken things off with the Joker and attempts to make it on her own as the criminal Queenpin of Gotham City.

I have to say, the portrayal of Harley and Joker’s relationship has always been abusive, but a lot of new material is coming out that focuses on Harley finding an identity for herself. It’s the same with Birds of Prey, and it looks the same for this series as well.

I don’t really have any qualms with it. Harley is already an interesting character herself, and it’s fun to see her interact with all the other DC kooks. Joker is admittedly more interesting as long as Batman is around, but that’s not what this show is about really.

If anything, Kaley Cuoco does a great job as Harley, and I can’t wait to see her stretch her voice acting muscles again. This teaser also gives us our best look at the show’s version of Poison Ivy, and she’s sassy and glum, and I love it. I can’t wait to see more of this dynamic duo onscreen soon.

Here’s a description of the series:

Harley has finally broken things off with the Joker and attempts to make it on her own as the criminal Queenpin of Gotham City. Join DC Universe to watch this action-comedy series featuring Poison Ivy and a whole cast of heroes and villains from the DC Universe.

Catch Harley Quinn when it premieres on Nov. 29.