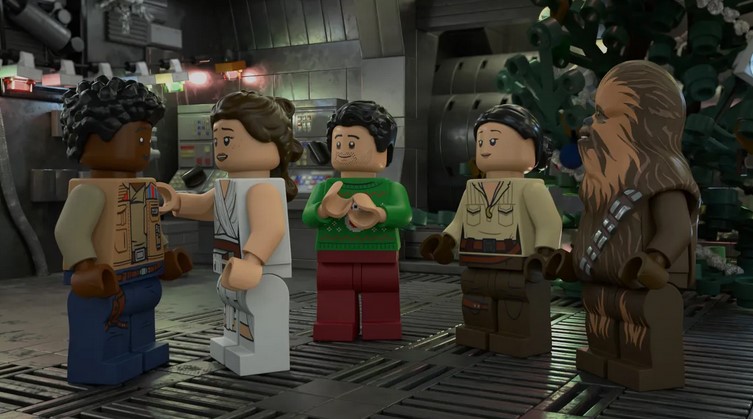 While it was considered one of the worst things to come out before, the Star Wars Holiday Special has become kind of a cult icon to the fandom. With that being said, Disney is taking anoter stab at the SW Holiday Special, but this time with LEGOs.

As announced on StarWars.com, Disney+ is going to be giving us the LEGO Star Wars Holiday Special this coming Nov. 17. The 45-minute film will be bringing back most of the movie actors to reprise their roles for the special, and we’ll once again be seeing an adventure featuring Finn, Poe, Rose, and Rey.

Set after the events of Star Wars: The Rise of Skywalker, Rey leaves her friends to prepare for Life Day as she embarks on a new adventure with BB-8 to gain a deeper knowledge of the Force. At a mysterious Jedi temple, Rey finds herself hurled into a cross-timeline adventure through beloved moments in Star Wars cinematic history, coming into contact with Luke Skywalker, Darth Vader, Yoda, Obi-Wan Kenobi and other iconic heroes and villains from all nine Skywalker saga films. But will she make it back in time for the Life Day feast and learn the true meaning of holiday spirit?  You’ll have to watch to find out!

What’s also at the heart of the special is Rey and Luke’s relationship. While Luke was kind of crabby in The Last Jedi, the holiday special will have Rey interacting with the younger, more optimistic Luke from the Rebellion days. EP Josh Rimes told USA Today, “It becomes a much different take on a teacher and apprentice with the more seasoned Rey and a younger Luke.”

It definitely looks interesting, and I’m all up for it. While some fans are already pissed about it on Twitter, I think they should just keep in mind that this won’t be part of the established canon; I mean, that’s why it’s in LEGOs.