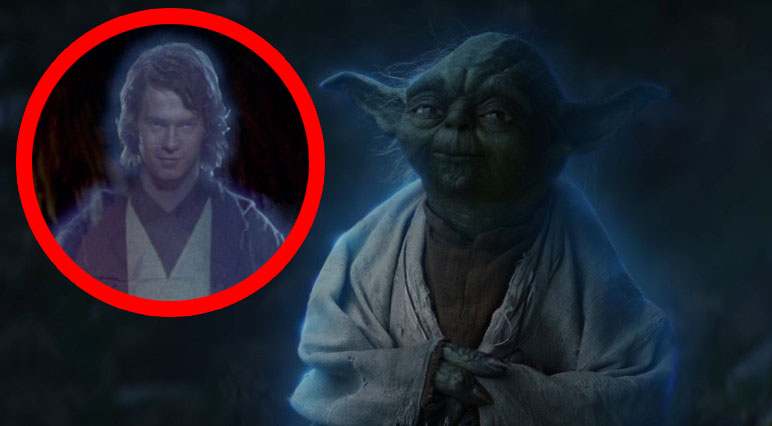 While Star Wars: The Last Jedi is very sparing on fanservice, we did get one major cameo from Yoda during one of the more pivotal scenes in the film. What’s interesting is, the cameo could have been Anakin Skywalker’s.

During an exchange with some fans on Twitter, Johnson was asked on what things changed when he was writing the script, and Johnson revealed that they  briefly considered having Anakin visit Luke instead of Yoda. He posts:

Briefly for the tree burning scene, but luke’s relationship was with Vader not really anakin, which seemed like it would complicate things more than that moment allowed. Yoda felt like the more impactful teacher for that moment.

Naturally, the ‘Fandom Menace’ had come out to once again get angry at Johnson for taking away a cameo from Anakin, but there are also some fans who completely understand Johnson’s move and see that he really understands Star Wars in that core level.

While it would have been nice to see Anakin, it wouldn’t have made as much impact to anyone who didn’t watch all the previous movies and read the expanded universe material. Yoda is the character we actually get to watch mentoring Luke, and it would make sense that he would come back and try to get him back on course. Surely an appearance from Anakin would have raised a couple of eyebrows from the general audience.

Though Johnson was said to headline his own trilogy, it looks like Lucasfilm has decided to go another direction—especially counting that The Rise of Skywalker was just one big retcon of The Last Jedi. Hopefully they get back on track in the future, keeping true to the core of Star Wars and not just pandering to some endlessly loud fanboys.

For now, you can catch The Mandalorian Season 2 now on Disney+.