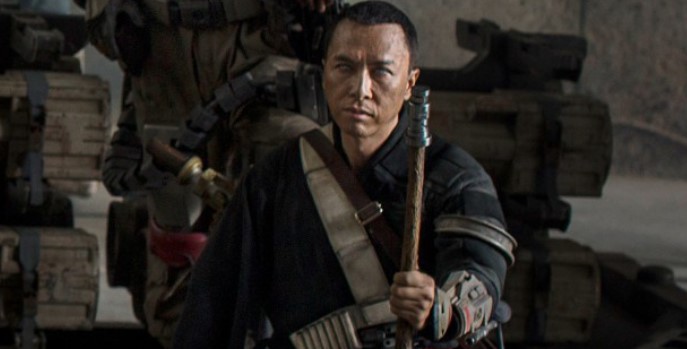 While Star Wars may be taking a break from the box office, Lucasfilm is said to have multiple series in development for Disney+—one of them being headed by Russian Doll’s Leslye Headland. We don’t know when Lucasfilm plans to officially reveal Headland’s series, but we do have some new details about what to expect.

According to Deadline (via The Ronin), Headland’s Star Wars series is said to take place in an alternate timeline and will be a martial arts thriller. Here’s what they wrote:

“… Disney+ is developing a female-centered Star Wars series, written and showrun by Leslye Headland, believed to be a female-driven action thriller with martial arts elements and set in an alternate timeline from the usual Star Wars universe. The rumored spinoff is said to be separate from this Star Wars project but the situation is fluid.”

It’s still unsure if this is going to be where the series will actually go, and seeing that so many things get developed and cancelled, it’s best to take this information with a grain of salt.

If anything, Headland had detailed her pitch meeting with Lucasfilm, and it should give fans an idea of what to expect when it comes to her show. She told Fantastic Frankey (via ComicBook):

“When I first pitched to Lucasfilm, I didn’t necessarily pitch as a television show or a feature film, I just kind of pitched character or story and all the things that are dear to my heart as a playwright. I’m just pitching on that level… Ultimately when I settled on television and specifically streaming, it felt right because I feel that there’s a different type of storytelling when you come from TV, especially episodic TV, meaning not bingeable TV.”

We don’t know when this series is set to come out, but hopefully Lucasfilm won’t wait too long before making the reveal. Hopefully we at least get the title sometime in 2021.

For now, you can catch the second season of The Mandalorian now on Disney+.