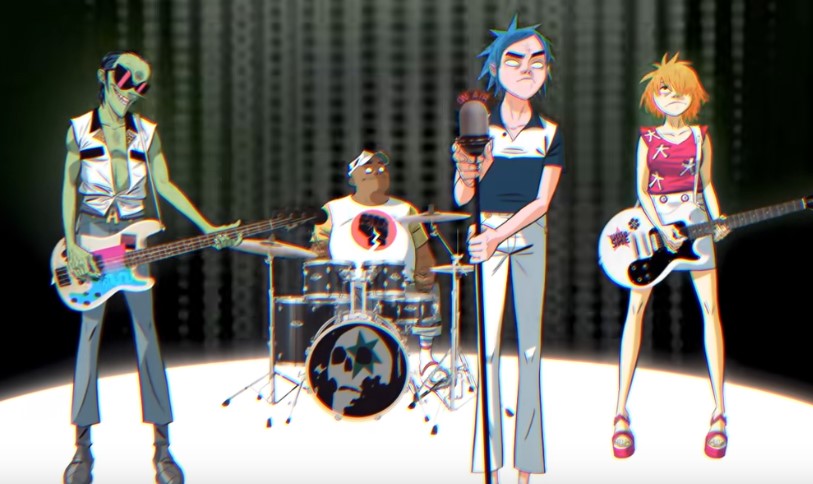 Animated band The Gorillaz have a very unique place in pop culture, flitting in and out of relevance over the past few years. Though we’ve gotten several different ‘eras’ of the band, their next project looks to be an animated film with the biggest streaming platform in the world.

As confirmed by Gorillaz frontman Damon Albarn (via @DamonUnofficial), the band is currently working on a full-length Gorillaz movie for Netflix, and their currently undergoing the writing process:

Though the actual members of the band are Albarn, Jamie Hewlett, and Remi Kabaka Jr., the animated characters of the band are the ones that most audiences are familiar with—vocalist 2-D, bassist Murdock, guitarist Noodle, and drummer Russel.

We don’t know what a Gorillaz movie could look like, but I imagine it would be a surrealist musical, filled with trippy visuals, and new music with the intent to fill one new album. We should probably expect some major celebrity cameos, with the band having collaborated with the likes of Jack Black and Elton John in the more recent years.

If you watched the Gorillaz shorts and tried to follow the character’s made up lore, you’ll know that the stories can get kind of kooky; and I expect the film to be just like that. I’m guessing the film is going to be closer to Love, Death, and Robots rather than anything Disney or Illumination have been pumping out lately. I’m not expecting the film to be general audience-friendly; otherwise it wouldn’t be the Gorillaz.

No release date has been set for the Gorillaz movie.