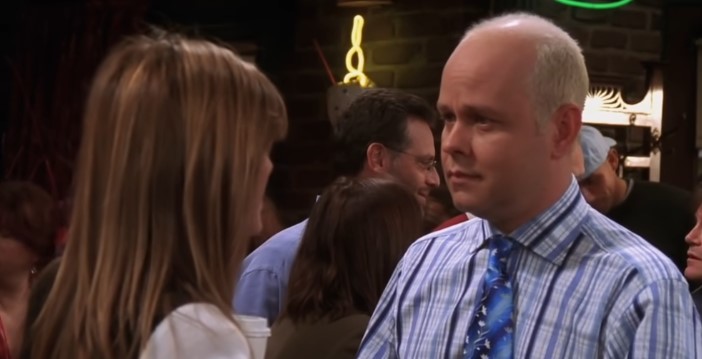 Fans on the internet mourned when it was reported that James Michael Tyler, who played Gunther on Friends, had died of prostate cancer. A lot of tributes went out for the late actor, and now each member of the principal cast had something to say about their late co-actor.

'Thank you for being there for us all'

Variety reports that Tyler had been diagnosed with advanced prostate cancer back in 2018, and since then Tyler has been campaigning for individuals to get their prostates checked as early as 40-years-old.

Besides the Friends cast, the show co-creators Marta Kauffman and David Crane had this to say about Tyler:

“James was a genuinely kind, sweet man. When he started as an extra on Friends, his unique spirit caught our eye and we knew we had to make him a character. He made Gunther’s unrequited love incredibly relatable. Our heart goes out to his wife, Jennifer Carno.”

In Friends, Gunther was essentially a recurring character whose running gag was that he was madly in love with Rachel. Though he was never part of the main cast, Gunther was considered the ‘seventh Friend’ and had a lot of memorable moments throughout the show’s run. Tyler was even able to make an appearance via a video conference on HBO Max’s Friends: The Reunion.

Tyler had said about his appearance at the reunion:

“I wanted to be a part of that, and initially I was going to be on the stage, at least, with them, and be able to take part in all the festivities… It was bittersweet, honestly. I was very happy to be included. It was my decision not to be a part of that physically and make an appearance on Zoom, basically, because I didn’t wanna bring a downer on it, you know? I didn’t want to be like, ‘Oh, and by the way, Gunther has cancer.’”

Tyler is survived by his wife, Jennifer Carno.

You can catch Tyler’s appearance on Friends and Friends: The Reunion now available on HBO Max.