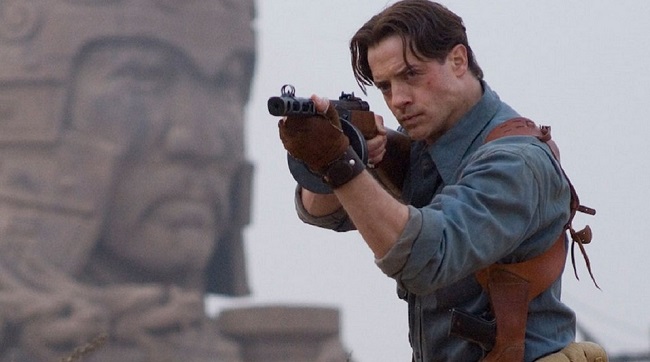 Brendan Fraser has found a slow return to the spotlight with television, and after his role as Robotman in Doom Patrol, Fraser has been cast in another DCEU project on HBO Max.

According to Variety, Fraser will be playing the role of pyromaniac Firefly in the Batgirl series starring Leslie Grace. His part in the plot has been kept under wraps, but it’s probably safe to assume that we’ll finally get to see Fraser’s face this time around—as compared to the role of Robotman which he mostly voices (Riley Shanahan wears the suit).

In the source material, Firefly a.k.a. Garfield Lynns, is a lesser-known Batman villain who is literally all about his namesake—fire and flying. He’s had appearances in animated series and was also a boss in Arkham Origins. While he’s not as diabolical as the rest of Batman’s rogues gallery, he can make for a spectacle of flying around and making things blow up.

I think it’s also a neat coincidence that Fraser should play the part, seeing as he’s pretty much the same “type” as Nathan Fillion, who played the lead in the show Firefly.

For now, fans are still wondering where Batgirl falls in the official DCEU canon, but fans are hoping that the inclusion of J.K. Simmons’ Jim Gordon could mean that WB wants to salvage some parts of Zack Snyder’s cinematic DC Universe. All we have is hope.

No release date has been set for Batgirl yet, but the show is expected to debut on HBO Max sometime in 2022.