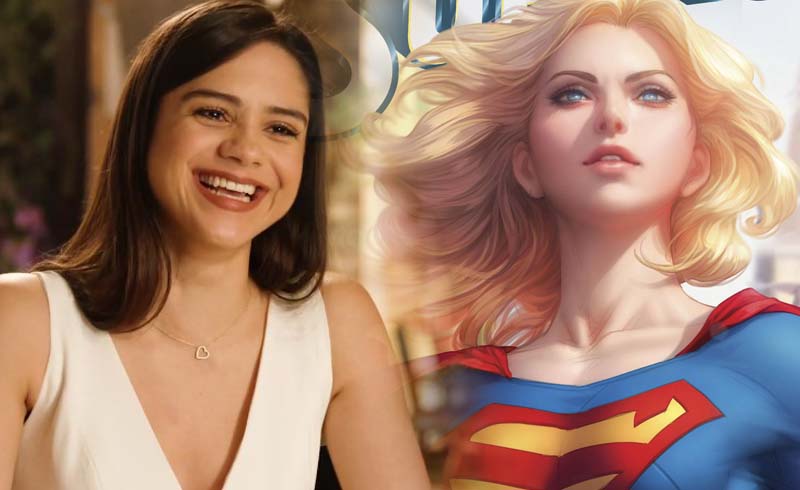 The Flash is finally moving forward with IT director Andy Muschietti at the helm, and after Mudchietti teased Supergirl’s costume on his IG, some set photos have revealed actress Sasha Calle in full Kryptonian gear as DC’s new Supergirl.

Check the Supergirl costume out down here:

A better look at Sasha Calle as #Supergirl in The Flash pic.twitter.com/VsQWY9Hb0P

Already a lot of people are making comparisons to Injustice character Lara Lane-Kent, Lois Lane and Superman’s metahuman daughter. Even Injustice writer Tom Taylor has noticed and made his comparison online:

In 2014, @Bruno_Redondo_F and I created a new #Supergirl, Lara Lane Kent.
And… well, Sasha Calle as Supergirl is uncanny. pic.twitter.com/xXWgbQYLvo

As of now, it’s possible that the movie is only paying homage to the costume, but I can imagine several other possibilities on who this Supergirl character could be. On one hand, she could be the daughter of Superman (one who is hopefully played by Nicolas Cage if this was the Tim Burton Batman timeline), and on the other, she could simply be a female version of the Superman Clark Kent.

In the original Flashpoint storyline, Superman had a more tragic fate, with the government taking baby Kal-El into custody and turning him into a lab rat. With DC trying to move away from those darker stories, a genderbent Superman seems to be the simplest way to introduce an alternate version of the character without having to go too dark.

You can imagine the anti-sjw outrage already if this is going to be the case.

It will probably be a while before we get an official look at The Flash, but with these Supergirl photos leaking online, it would be great if WB can give us some official looks (without spoiling too much, that is).