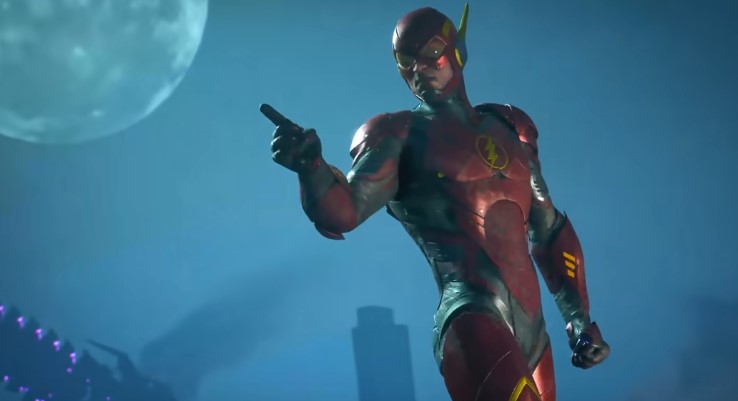 It’s been six years since the release of Arkham Knight, and fans have been waiting for Rocksteady’s next entry to the DC Universe—Suicide Squad: Kill the Justice League. We’ve cinematic trailers for a while, but the Game Awards has finally brought to us a look at the gameplay.

As confirmed by the trailer, players will be able to take control of four squad members, and each will have their own unique fighting style and means of travelling the map. Captain Boomerang will be able to throw teleport arrows, with Deadshot being able to fly around with a jetpack; King Shark can climb walls, and Harley can swing around like Spider-Man.

Speaking of Harley, we can see her swinging from what looks to be a Bat-drone, so the trailer is possibly confirming that Batman is still alive in this universe, and may be on the side of the Squad. Then again, it’s possible that Batman could have also been corrupted, but his arsenal is in control of other Bat-fam members like Oracle or Alfred.

So far, the game looks like a completely different tone from the Arkham series, but will it be able to break barriers like previous Rocksteady entries did. With everyone eagerly anticipating the return of Rocksteady, the pressure is on for Suicide Squad to deliver.

The Suicide Squad: Kill the Justice League is set for a release sometime in 2022 for the Xbox Series X|S, PS5, and PC.