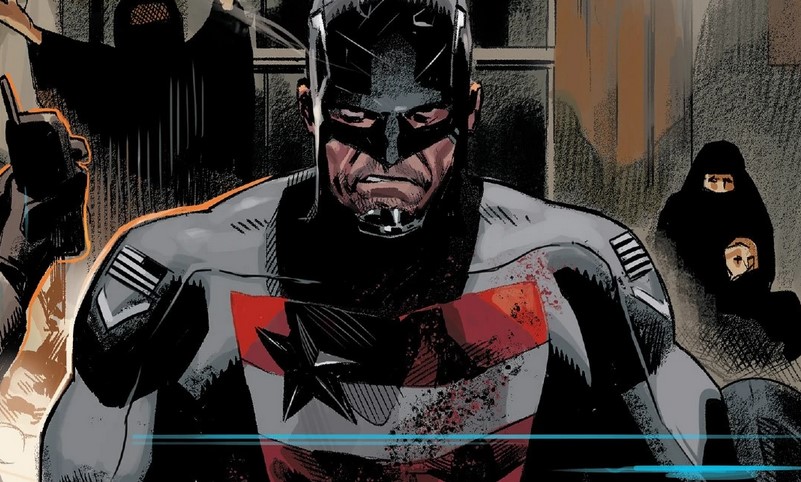 Besides Sam Wilson and Bucky Barnes, The Falcon and The Winter Soldier is set to introduce some new characters, one of which is Wyatt Russell’s John Walker/US Agent. While we haven’t had any official promo stills of Russell in character, some set photos do reveal him in full US Agent garb.

If anything, he’s going to be the government sanctioned Captain America. Even though Steve Rogers was Cap, you could say that he spent a lot of time not following orders; even his appointed successor Sam is not too keen on following rules, so you can imagine that the government would want someone they can keep in line.

While US Agent’s costume may be red white and blue now, I imagine the show is going to find a way to get him into that black comic-accurate gear. My guess is he’ll get blown up in the outfit, and everything he’s wearing—including the shield—will be covered in black; kind of like how they got Deadpool gray in Deadpool 2. 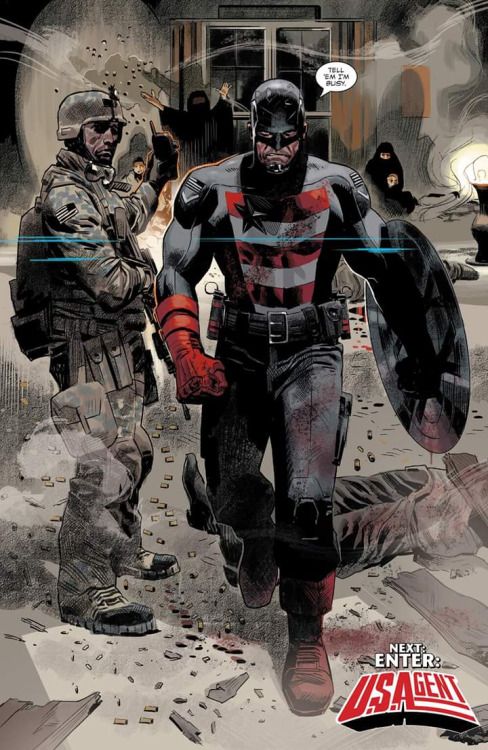 With a release date set for this fall, a lot of people are curious just when we’re going to get our first look at The Falcon and The Winter Soldier. Hopefully we get something close to the release of Black Widow—maybe even a post-credits teaser.

Catch The Falcon and The Winter Soldier when it debuts on Disney+ this coming fall. Catch Black Widow in theaters May 1.