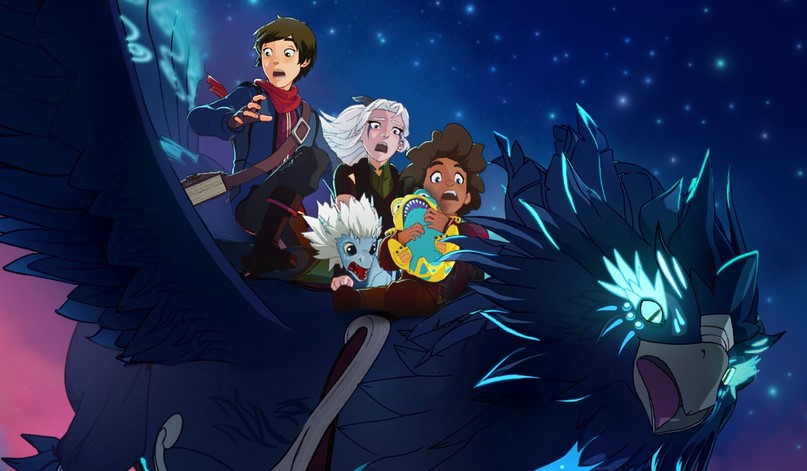 Avatar: The Last Airbender is considered one of the greatest animated kids shows ever made, and that’s largely thanks to Aaron Ehasz who was a head writer for the series. Ehasz has a new show on Netflix called The Dragon Prince, and after some waiting, we finally have the release date for the second season.

We don’t have a trailer for TDP 2 yet, but an image of a Sunfire Elf had been making the round earlier this week. What’s cool is, the official twitter account has decided to release an HD image of the character. No doubt the trailer will be releasing soon.

While The Last Airbender is still considered to be the better series when it comes to animation, The Dragon Prince definitely comes with the world that’s been built and the characters that have been created to inhabit it. The three main protagonists, Ezran, Rayla, and Callum are very fun to watch, and all the other minor characters have their own time to shine as well.

I was honestly distracted with the cell-shaded art style they chose for the series, but I was over it by the second episode. My fingers are still crossed that the show try a different animation approach with future seasons though.

Catch The Dragon Prince 2 when it hits Netflix Feb. 15.