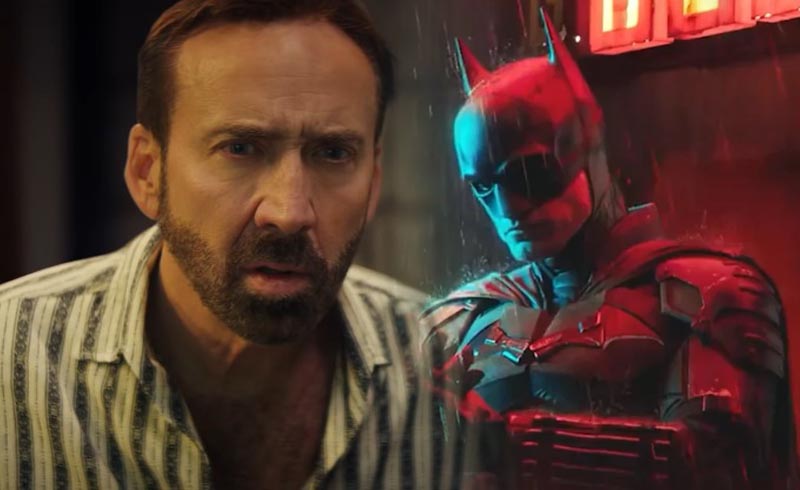 It’s no mystery that Nicolas Cage is into comic book movies. Besides playing Ghost Rider, he was also set to play Superman in Tim Burton’s cancelled film. Now Cage has a pitch for which villain he can play opposite Robert Pattinson’s Batman.

In a recent interview with FOX 7 Austin, Cage revealed that he has a pitch to play the villain Egghead opposite Pattinson. Watch this:

MATT REEVES AND WARNER BROS YOU BETTER BE LISTENING, NICOLAS CAGE WANTS TO BE IN YOUR BATMAN UNIVERSE AS EGGHEAD, HE EVEN HAS IDEAS FOR IT AND EVERYTHING pic.twitter.com/l7xvJvgAl2

“Here’s something. I’ve been thinking about this. Cause you know we have this new—Robert Pattinson as the Batman—which I’m excited to see, I haven’t seen it yet, but I think it would be terrific—The villain that Vincent Price played on the 60s show, Egghead—I think I wanna have a go at Egghead. I think I can make him absolutely terrifying; I have a concept for Egghead, so let them know down at Warner Brothers, I’m down for Egghead. “

That’s certainly the last character on everyone’s mind, but if Cage is down for it, I wouldn’t mind. Though he has a reputation for being a weirdo, he’s still one heck of a talent, and I would love to see him go up against someone like Pattinson’s Dark Knight.

On the subject of Egghead though, there has been a modern take on the character (at least, Marvel’s version) for Ant-Man and the Wasp. With the master of horror Vincent Price playing the TV role though, I would love to see how Cage twists the character for the modern box office—if he’s given the chance that is.

For now, catch Cage in The Unbearable Weight of Massive Talent which hits theaters on April 22. The Batman is now out in theaters.