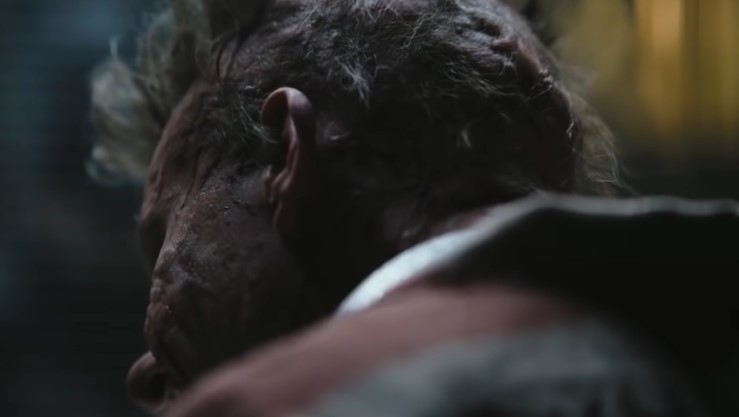 Before The Batman even premiered, word was going around that Barry Keoghan (Chernobyl) was set to have a cameo as an early version of the Joker. Though we did get him in the end, there was actually an exchange between him and the Dark Knight in the middle of the film.

Now the scene has been officially released, and you can see Matt Reeves take on an earlier Clown Prince of Crime:

The scene is essentially an ode to Silence of the Lambs where Batman (Clarice) asks the Joker (Hannibal Lecter) to profile a serial killer. It gives us a look at the dynamic between the two, and a good handle on this new Joker’s attitude all-in-all.

While we’ve had several versions of the Joker through the course of decades, Matt Reeves said that his take on the character here is more inspired by The Man Who Laughs; in a sense that the Joker’s smile comes from a genetic disease.

I haveto say, I wasn’t all up for Keoghan’s Joker in the movie, but seeing him stand against Batman here, with the grotesque makeup and mind games, I would say this would be the creepiest rendition of the character yet. I’m honestly bummed this scene got cut because just having Joker in the end kind of feels like a cheap set-up for a sequel.

For now, you can catch The Batman showing in theaters. Rumor is going around the movie hits HBO Max sometime next month.