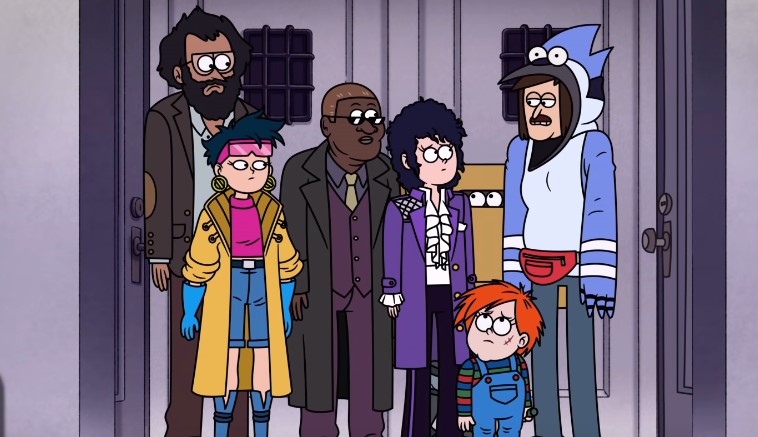 J.G. Quintel may have gone crazy with his Cartoon Network series Regular Show, but now he’s moved on over to HBO Max for the more adult-oriented Close Enough. The show is now on its third season, and we have a new trailer bringing back the goofy world of Josh and Emily.

From HBO Max and JG Quintel, comes Close Enough, a surreal animated comedy about a married couple, their five-year-old daughter, and their two divorced best friends/roommates all sharing a cramped apartment on the east side of Los Angeles. Their life may not be ideal but for now, it’s close enough.

With Regular Show really toeing the line when it comes to child-friendly content, Quintel is able to touch on more mature themes with Close Enough, what with characters taking drugs and having sex. Just like Regular Show though, the series is chock-full of insane visuals and references to other pieces of pop-culture; you can even see Josh in a Mordecai outfit in the new trailer.

I’ll admit, the series doesn’t really have the heavy emotional themes that shows like BoJack Horseman and Rick and Morty have been known for, but it’s still an interesting and fun look at adult millenials and Quintel definitely has a unique lens when it comes to their stories. Maybe we can have those emotional moments in future episodes, but for now, I’m just along for the ride.