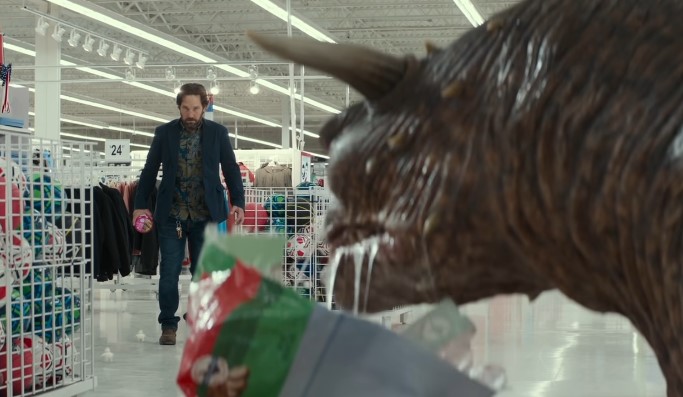 Ghostbusters: Afterlife was supposed to come out last year, but after several delays, the film is finally set to return to theaters next week. Sony is at full gear promoting the release of the film, and we have a new clip of Sexiest Man Alive 2021 Paul Rudd being chased by a Terror Dog from the original Ghostbusters.

Check out the new Afterlife clip down here:

Just like the original movie, the film looks to be embracing practical effects for some of the shots, but you can see some enhanced CG when the dog starts chasing Rudd’s character. We don’t know why it stops in front of him, but seeing as these dogs have very kooky personalities (like when they possessed Louis Tully) in the first movie, it’s likely “Vinz Clortho” is going to have a silly interaction with Rudd’s character.

After the poor reception of Ghostbusters (2016), Sony decided to go the Force Awakens route and give us a reboot/sequel. We don’t know where the films could go moving forward, but I am eager to see the original cast pass the torch to a younger team of Ghostbusters.

From director Jason Reitman and producer Ivan Reitman, comes the next chapter in the original Ghostbusters universe. In Ghostbusters: Afterlife, when a single mom and her two kids arrive in a small town, they begin to discover their connection to the original ghostbusters and the secret legacy their grandfather left behind.

Ghostbusters: Afterlife comes out on Nov. 19.