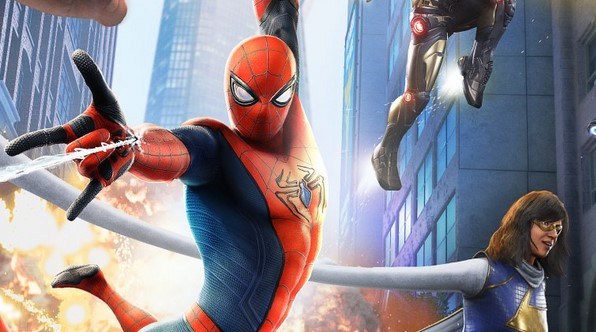 Spider-Man: No Way Home is set to hit theaters in December, and Square Enix’s Avengers game is joining in on the hype by bringing the wall-crawler to PlayStation.

Check out our first look at Spider-Man in the Avengers hero event:

No story has been revealed for Spider-Man’s expansion yet, but it’s possible that this could be exclusive to the continuity of the Avengers game. While some are hoping that it could tie-in with Insomniac’s Spider-Man titles, it’s possible that both studios don’t want to be tied down by any established lore.

We don’t have a look at gameplay yet, but Square is likely to drop a trailer as Nov. 30 draws nearer. My guess is we could have a look sometime next week. Seeing that Spider-Man is a Sony property, the character is exclusively coming to PlayStation. With PS exclusives hitting PC though, some fans are hoping that Sony changes its practice with exclusives, and maybe Spidey can release on other consoles in the next few years. That’s just me being optimistic.

Avengers has come out to be one of the most disastrous launches for a Triple A game, but despite that, the developers are still trying to bring in players with promises of new content and playable characters.

While Avengers may not have redeemed itself yet, there could be hope for the future. Star Wars Battlefront II was able to save itself from a terrible launch; and with the success of the Guardians of the Galaxy game, there is still a lot of potential for Marvel properties when it comes to video games.

Spider-Man joins the Avengers on PS4 and PS5 on Nov. 30. Avengers is now playable on Xbox One, PC, Xbox Series X|S, and PS4|PS5