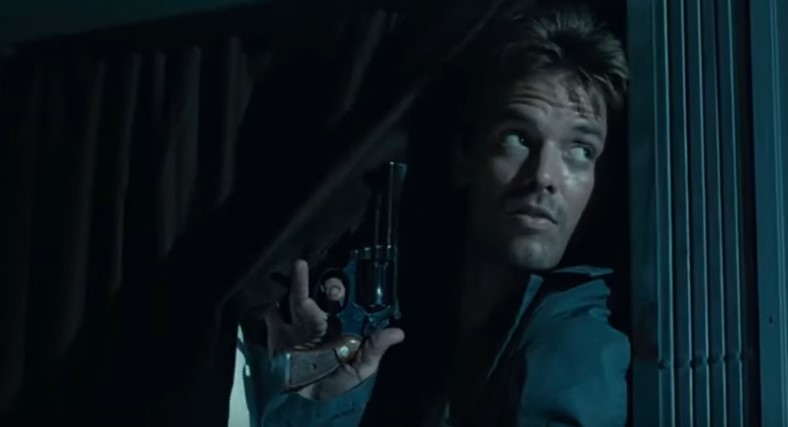 The first season of The Mandalorian had a great cast from Carl Weathers to Giancarlo Esposito, and it looks like this second season is going to give us another sci-fi heavyweight.

According to Making Star Wars, Michael Biehn has been cast in the second season of The Mandalorian as a bounty hunter, and he’s said to be someone from Din Djaren’s past. We don’t know who he’s playing specifically, but some would actually like it if Biehn was cast as expanded universe hero Dash Rendar. He’s a smuggler from the now-Legends Shadows of the Empire and even pilots his own YT-cruiser called The Outrider.

Seeing that Biehn is best known for his role as Kyle Reese in the original Terminator film, it would be fun if his character had a sever mistrust when it comes to droids—just like our main Mando. With his old associate betraying him in the first season though, I would be happy if we met someone from the Mando’s past that he naturally went along with.

Speaking of the past, Bill Burr is also set to reprise the role of Mayfeld in the second season of The Mandalorian. I absolutely loved him when he came onto the show, and I would love to see his character explored more with the sequel. Hopefully this time we get to see some of his Imperial sharpshooter skills. Fingers crossed the rest of his crew makes a return. I’ll bet they’d all want revenge on Din after he left them in that New Republic prison ship.

After the stories of Jango and Boba Fett, another warrior emerges in the Star Wars universe. The Mandalorian is set after the fall of the Empire and before the emergence of the First Order. The series depicts a lone bounty hunter in the outer reaches of the galaxy far from the authority of the New Republic.

For now, The Mandalorian 2 is set for a release on Disney+ this October.