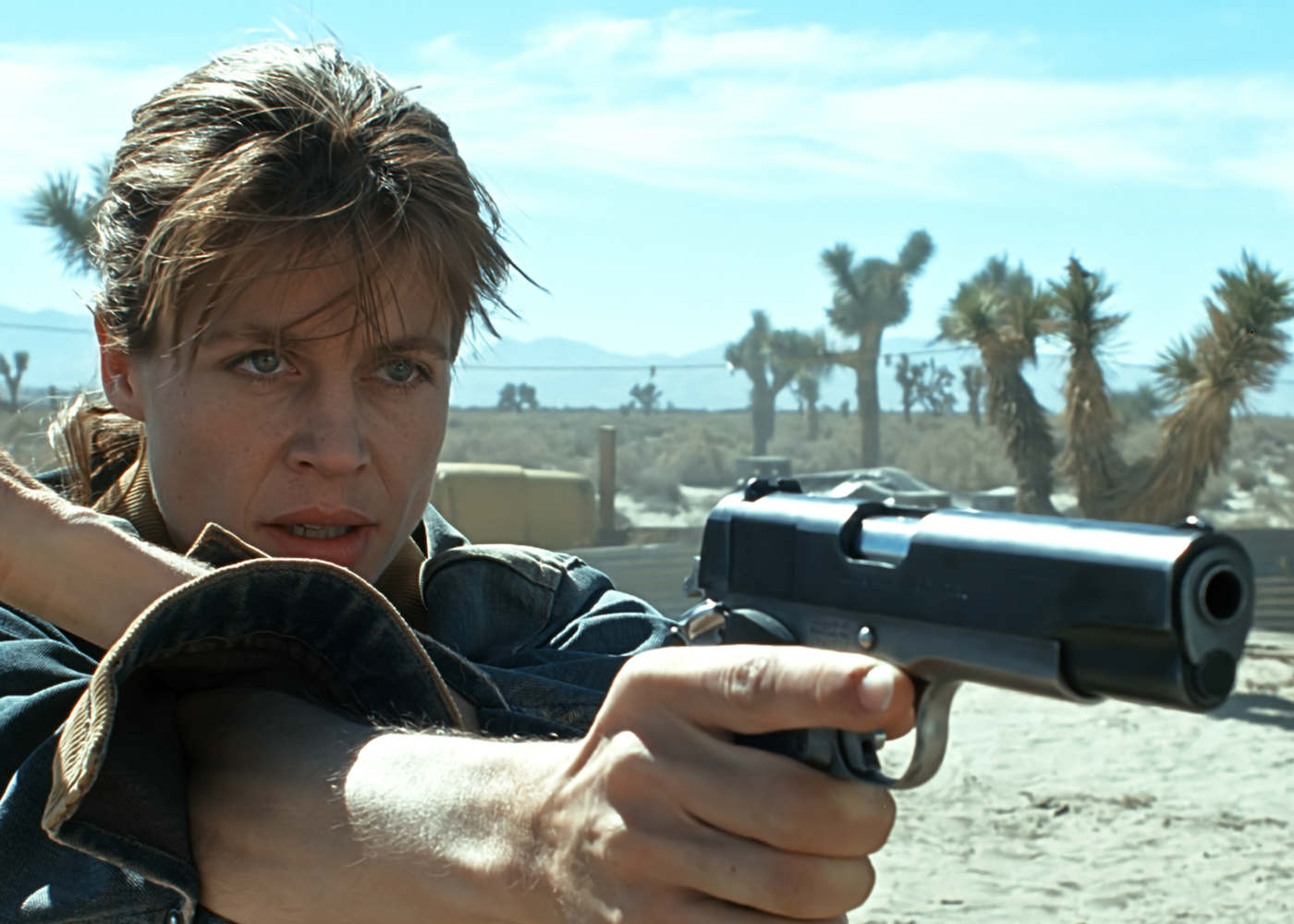 Arnold Schwarzenegger has told us that he’ll be back enough times already, and when those returns have included Rise of the Machines, Salvation, and the franchise low-point, yes, even worse than part 3’s Elton John glasses, that was Terminator: Genisys (which you still have to check the spelling on every time you write it), then you stop listening. So why sit up and take note now? Well, the news that Linda Hamilton was returning to the franchise as hard-as-nails mother, Sarah Connor, for the first time since Salvation‘s audio recording, that’s what. And now Paramount have confirmed a release date of July 26th 2019.

With Linda Hamilton returning, alongside Arnold Schwarzenegger, aka ‘Pops’ (just kidding) under the stewardship of James Cameron and production company Skydance, it’s the first time the three have worked together since 1991’s Terminator 2: Judgement Day, and if rumours are to be believed, that film will be the jump off point for the next sequel. On which note, wouldn’t it be great if they yanked Edward Furlong out of obscurity to play John Connor again?

The Untitled Terminator Film will be directed by Deadpool helmer, Tim Miller, and distributed by Paramount Pictures in the US, and 20th Century Fox internationally.

The story is being written by Cameron and Miller, and then the script developed by David Goyer (Man of Steel) and Josh Friedman (The Sarah Connor Chronicles). The plan is to make a fresh trilogy, but let’s not forget that was the initial idea when Terminator: Genisys (check the spelling…..again) landed with a thud in 2015.

In what is surely the final chance for this franchise to ignite in the same way that Cameron’s first two films did, The Untitled Terminator Movie will be released on July 26th 2019, hopefully to molten lava thumbs up all around.