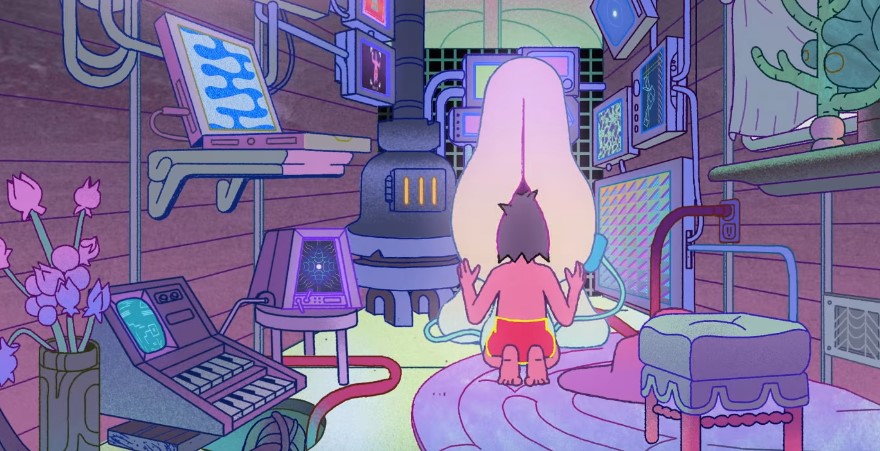 Netflix is continuing a trend of fascinating animated shows, and after the end of BoJack Horseman, we have this new show called The Midnight Gospel from Pendleton Ward, creator of Adventure Time.

Clancy is a space-caster who uses a multiverse simulator to interview beings living in other worlds. Created by Pendleton Ward (Adventure Time) and Duncan Trussell (Duncan Trussell Family Hour podcast).

The show also comes with this tagline toward the end: Traversing trippy worlds inside his multiverse simulator, a space-caster explores existential questions about life, death and everything in between.

As per TV Series Finale, The Midnight Gospel will actually take clips from Duncan Trussell Family Hour and have them animated in Ward’s style. I don’t know what exactly to expect from the show, but seeing as Adventure Time already walked that line between kid-friendly and adult-themed, I’m excited to see Ward go all out when it comes to his work on this series.

If anything, you can check out Trussell’s podcast Family Hour if you want to have an idea about the show. With the series coming out on Netflix in April—and the world on a lockdown—there’s a lot of time to get hyped for something like The Midnight Gospel.

The world is going on quarantine and everyone is getting more dependent on TV and games as they’re all stuck home. Hopefully everything blows over by June, but we should be prepared for the worst.

Catch The Midnight Gospel when it hits Netflix on April 20.