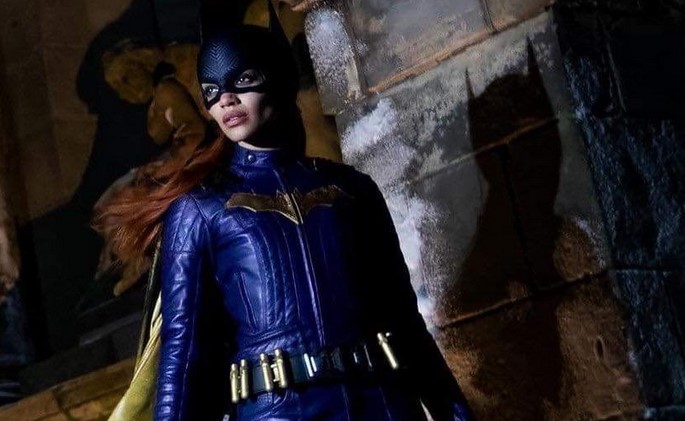 Leslie Grace had already shared with us a full look at her outfit for Batgirl, but some set photos have revealed there’s one more element to the outfit that wasn’t in Grace’s photo—goggles.

Some set photos from Splash News (via @BatgirlFilm) give us a look at the new Batgirl costume from different angles, and we also see that she sports goggles when she wears them:

Of course, it’s very possible that this is only a temporary look for Barbara. We know that Batgirl rides a bike from time to time, and it’s possible she could wear this to keep the wind out of her eyes. I also like the thought of Batgirl tinkering with her own tech and the goggles are something she crafted to help her solve crimes.

For now, there has been a lot of scrutiny when it came to the first look at Batgirl, but it kind of makes sense, seeing as Barbara Gordon doesn’t have the same means that Bruce Wayne does. If anything, the costume has clearly drawn inspiration from 2014’s Batgirl redesign, and we have her costume look more like it was put together with common everyday items. Even the cowl patterns make it look like it was 3D-printed.

It’s unclear which timeline Batgirl takes place in, but fans are hoping that her Batman is Ben Affleck’s, seeing as the Commissioner Gordon in this movie is played by J.K. Simmons (Justice League). With Affleck said to be putting down the cowl finally with The Flash, it’s possible we’re going to get some kind of multiverse explanation in the film.

No release date has been set for Batgirl, but you can bet it comes out on HBO Max soon.