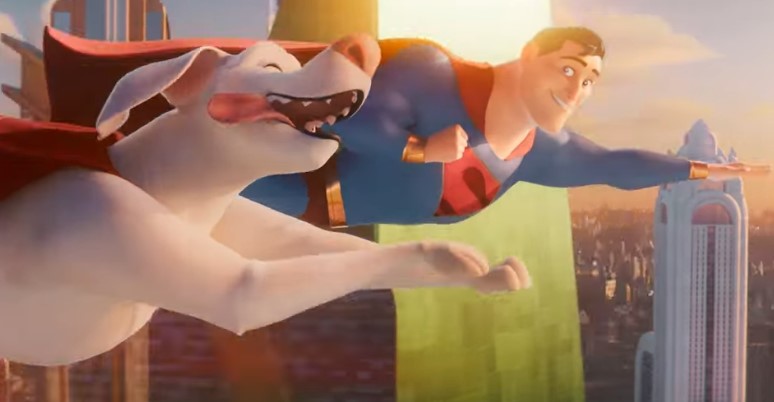 While Dwayne Johnson is set to make his DCEU debut as Black Adam next year, he will be appearing earlier in the animated DC League of Super-Pets. The film promises a star-studded cast, and we just got out first trailer.

Watch the trailer for DC League of Super-Pets down here:

In “DC League of Super-Pets,” Krypto the Super-Dog and Superman are inseparable best friends, sharing the same superpowers and fighting crime in Metropolis side by side. When Superman and the rest of the Justice League are kidnapped, Krypto must convince a rag-tag shelter pack—Ace the hound, PB the potbellied pig, Merton the turtle and Chip the squirrel—to master their own newfound powers and help him rescue the superheroes.

While we thought that the film just mostly featured the Super-Pets, it looks like members of the Justice League will be present as well with John Krasinski providing the voice for Superman. We don’t have the full voice cast yet, but the trailer does give us looks at Wonder Woman, Batman, Cyborg, and a female Green Lantern.

Other stars in the cast include Diego Luna (Chip), Natasha Lyonne (Merton), and Vanessa Bayer (PB). Jameela Jamil, Kate McKinnon, and Keanu Reeves are also listed in the cast. Probably the oddest cast member is GLOW’s Marc Maron, who is playing the part of Lex Luthor. If you follow Maron, you’ll know that he has a lot to say about the comic book genre; after an appearance in Joker and now Super-Pets, I think he just has an issue with Marvel.