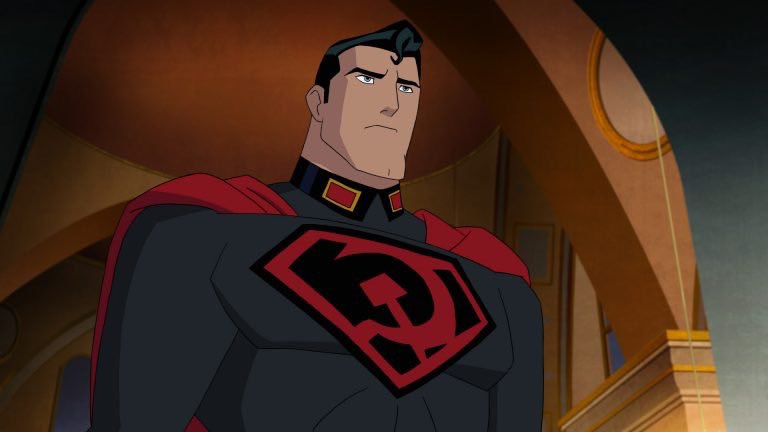 Mark Millar has given us some great comic stories from Old Man Logan to Marvel’s Civil War, and he’s also the same writer behind one of the most beloved Elseworld stories for DC—Superman: Red Son. WB Animation has announced an animated film not too long ago, and now we have our first trailer for the movie thanks to IGN.

In Superman: Red Son, Millar imagines an alternate universe where the Last Son of Krypton ends up in Soviet Russia rather than America, and he still becomes a hero, but this time, he’s imbued with the ideals of Communism. Lex Luthor becomes the hero of America as he tries to resist Soviet rule, and other DC heroes get revamps like Wonder Woman, Batman, and the Green Lantern Corps.

It’s worth noting that Superman will be voiced by Jason Isaacs (Star Trek Discovery) with Luthor being voiced by Diedrich Bader (Harley Quinn’s Batman). We also have Vanessa Marshall as Wonder Woman, Roger Craig Smith as Batman, and Phil LaMarr as Jon Stewart.

While they’re not really Disney-level quality, DC’s animated films are still very great adaptations of their source material, and a lot of people are excited to see Red Son come to life. With the live-action Superman films on hold, it’s nice to see some form of the Man of Steel coming to the screen. Hopefully we don’t have to wait too long until Henry Cavill makes a return as Kal-El.

Catch Superman: Red Son when it officially comes out sometime in early 2020.