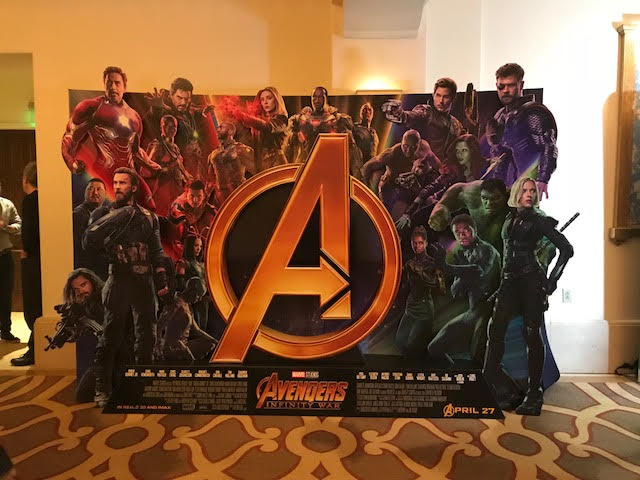 In what could be dubbed the “Most Vague Briefing EVER,” the press day for Avengers: Infinity War was filled with laughs and incomplete answers, making it one of the best briefings I’ve ever attended.

Due to the plethora of possible spoilers within, the decision was made to only travel the world with a limited amount of footage. And because of this, Los Angeles was the only location to screen the movie in full; leaving we humble members of the press at an even playing field for what was about to happen next. 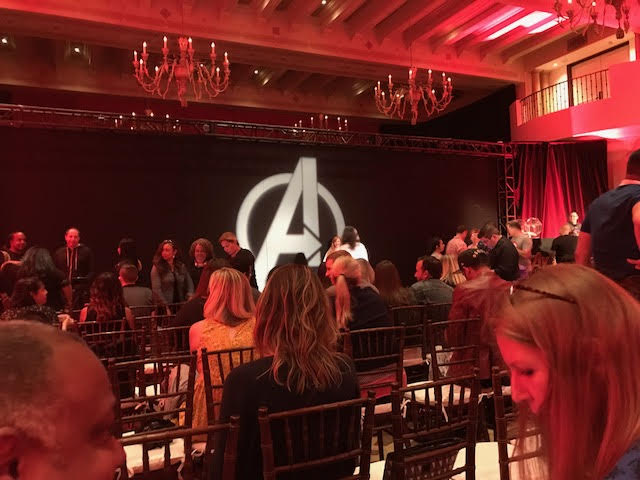 As members of the press and special guests began to file in, take our seats, and enjoy some refreshing beverages (yours truly went Forrest Gump and drank far too many sodas), we were faced with a giant swath of black muslin with the ever-present “A” lit up like a beacon, with a bingo caller’s podium of to the right of the stage. In one of the smartest moves I’ve ever heard, the bingo hopper was filled with balls and on each ball was the name of each person present, including that of Marvel Studios president and producer Kevin Feige. This way, a name or clever clue was called and that way, each person on stage would be asked one question (instead of ONE person answering fifteen questions). 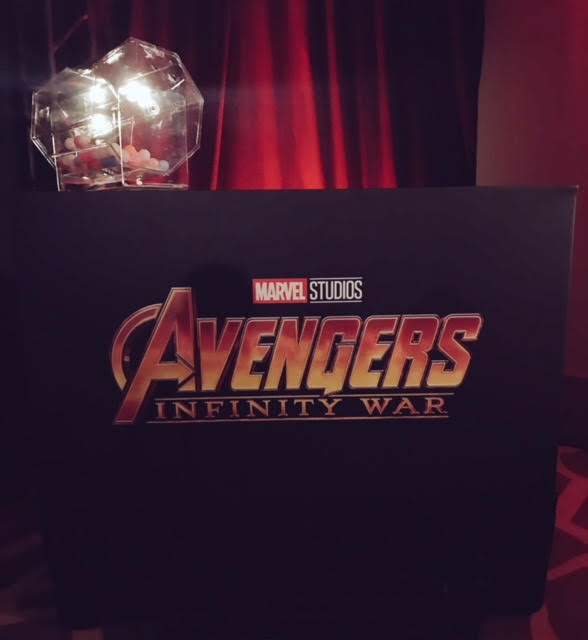 When the briefing started, the muslin dropped to reveal a multi-tiered stage for the multi-talented actors, which was BEYOND awesome…but no one in the crowd was ready for what came next. 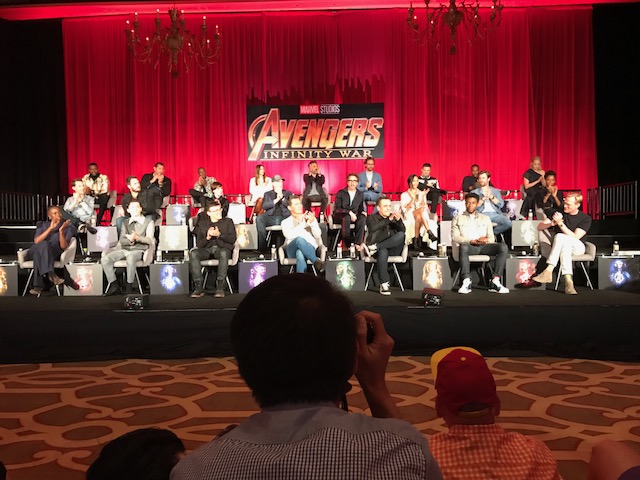 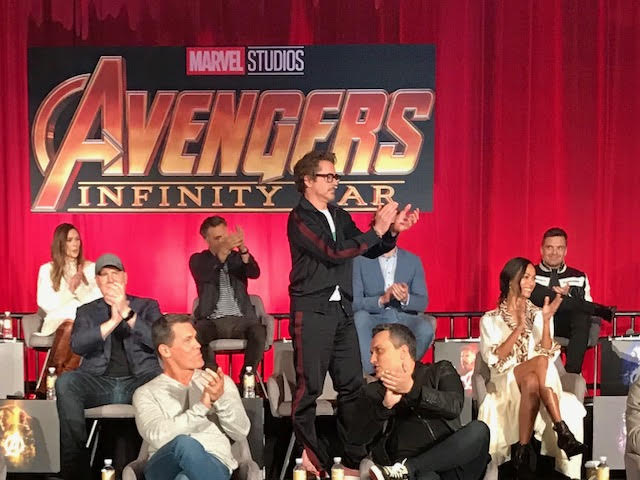 For the moderator was made of so much awesome, even the great Robert Downey, Jr gave the man his due…for that man was none other than actor/singer/all-around amazing guy, Jeff Goldblum. 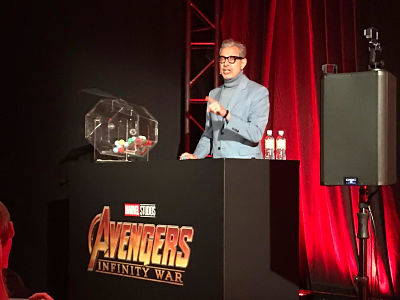 With Goldblum in place, the games began, and what we got was a big fat goose egg on any major plot points.  Because of this, I think it gave the talent a chance to have fun with their answers. Chris Pratt was asked how he thought Star-Lord felt about being around humans again after spending nearly 30 years in space, (after really thinking about how to answer) said “That’s a good question! It might be best for you to see it, so I am going to talk about bass fishing.” In fact, he did in such great detail that I’m pretty sure I could go out and catch a delicious bass of my own.

With Scarlett Johansson being asked about Avengers fashion and Tom Holland admitting he didn’t get to wear the Iron Spider costume but rather pajamas during filming, there wasn’t much else we could do to get something juicy out of them. Holland jokingly said he was “not allowed to talk” and co-director Anthony Russo jokingly said brother (and co-director) Joe was told he couldn’t talk, either.

Anthony also explained what went into the process of characters (and what their involvement would be) when it came to Infinity War:

“When we began developing this movie, we sat in this room and we had a picture of every single character who has been in the MCU. We basically spent months and months and months talking about where we could go with each character, how we could draw them to this story. It was a long creative process we went through thinking about where we would take the characters. Where we could take the story. How we could align the characters in the most interesting way.”

Even Kevin Feige was Vaguebot 3000 but gave up what he could.

“It’s the comic books we look at when there’s just a notion of ‘let’s do an Iron Man movie’ or to have the audacity to try to do a version of the Infinity Gauntlet. It starts with those comics and us beginning to rip pages out, or copies of the pages, and put them on the wall and start to be inspired. In every single movie we have made, up to and especially including ‘Infinity War’, there are direct images, storylines, rarely but sometimes actual lines of dialogues, that come out of those pages we have put around the development room for inspiration.”

And after a few more questions with vague answers and laughter, the briefing was sadly over. But before I left, I made sure to hit the photo booth as well as sit in Josh Brolin’s seat to take my own “I wish I was in The Avengers” pic. 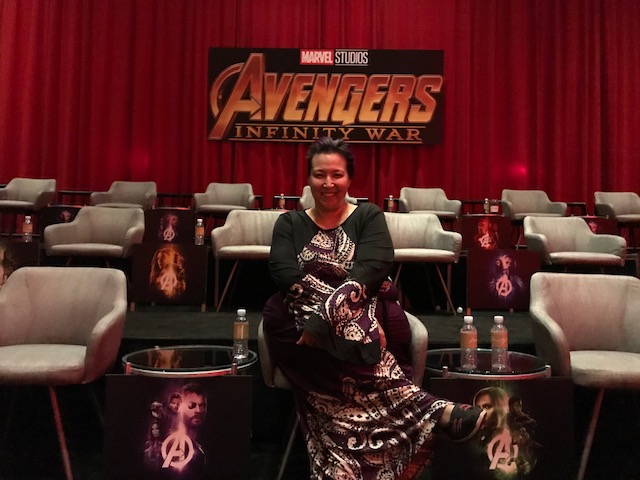