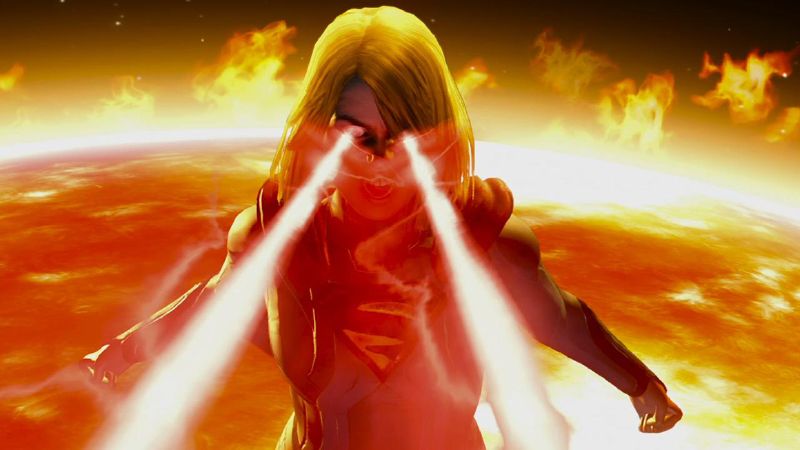 It’s been three or four months since we’ve seen anything substantial from Injustice 2. As such, fans haven’t gotten a character reveal or a new look in quite some time. Well, that’s all changed today… kind of. In conjunction with IGN First, NetherRealm has unveiled new gameplay footage, starring the Girl of Steel. In the video below, Supergirl dons a new look and we see her Supermove, which is aptly entitled “Astroid Shower.”

Supergirl’s a good fit for Injustice, and a welcomed addition to the series roster. However, much like the Bat-family featured heavily in Injustice: Gods Among Us, we have to wonder how she’ll differentiate from her more well-known kin. The gameplay seems to answer that question, to some extent. It’s explained that her speed mobility will be what separates her combat style from her cousin’s heavy-hitting brawler tactics.

Also shown off are a few combos and the way some special moves can be strategically put to use over time. So far, she’s looking to be a go-to pick; her speed may contribute to her ease of use and accessibility.

Now the wait begins for more details. The following characters are confirmed for Injustice 2: Batman, Supergirl, Superman, Blue Beetle, Harley Quinn, Deadshot, Atrocitus, Gorilla Grodd, The Flash, Aquaman, and Wonder Woman. We suspect this is only about half of what the game’s full roster will look like, as Gods Among Us included 24 characters day one.

When Wonder Woman and Justice League hit theaters next year, some of the game’s DLC may reflect what’s happening on the big screen. Plus, Ed Boon has already teased a few non-DC characters that could potentially become downloadable additions. Tell us who you’d like to see on the roster and feature as guests in the comments below.

Injustice 2 is currently without an official release date, but will launch in 2017.