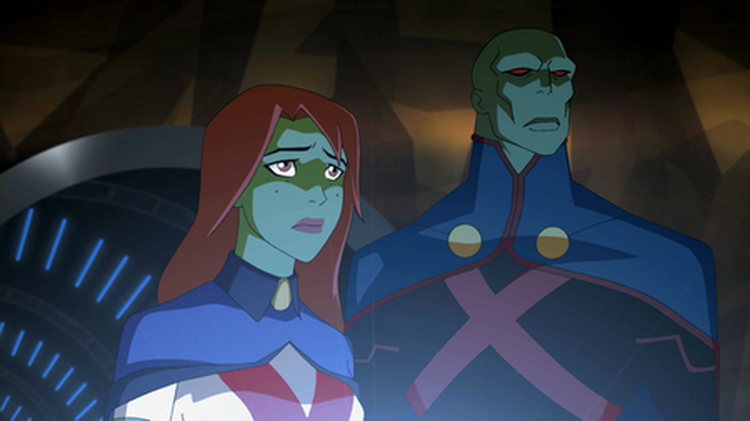 Hank Henshaw was revealed to actually be J’onn J’onzz/Martian Manhunter, in disguise during the first half of Season 1. Over time, fans watched as he came into his own as a hero, slowly showing off more of his immense power. Interestingly, his rise to heroism mirrors that of Kara’s, as his planet too suffered ruin making him the Last Son of Mars. His home planet’s destruction took the life of his wife and two daughters. Throughout Season 1, the Martian overcome the tragedies of his past, as Kara and Alex grew to be surrogate daughters. With the impending introduction of Miss Martian, another layer of intrigue will embed itself in the character’s fascinating story arc.

“Part of the reason we’re bringing on Miss Martian is to give J’onn his own story this year and his own emotional ride, meeting her and having this tie to his home world that he thought he would never have again. As he has to keep reminding people, he’s been here for 300 years and isolated for most of it. Last year, with his relationship with Alex and his relationship with Kara, he started to come out of his shell a little bit and wasn’t quite so afraid to show who he really was. So, in getting to interact with M’gann, he’s going to have a whole new person with which to share his martian experience. We think it’s going to be a great story.”

What will be especially interesting is how she comes to meet the Martian and his first reaction towards her. He is director of the DEO, surely he has some knowledge, or suspicion, of her presence on Earth. Or does Season 2 mark her arrival?

Another intriguing aspect will be how Miss Martian is portrayed. In Supergirl, J’onn’s origin story lines up pretty faithfully to his comic backstory. He’s of the Green Martian race, wiped out by the White Martians — the race of Miss Martian. We’ve seen a White Martian before on Supergirl. Hostile as it was, the same isn’t likely of the fan favorite Young Justice character.