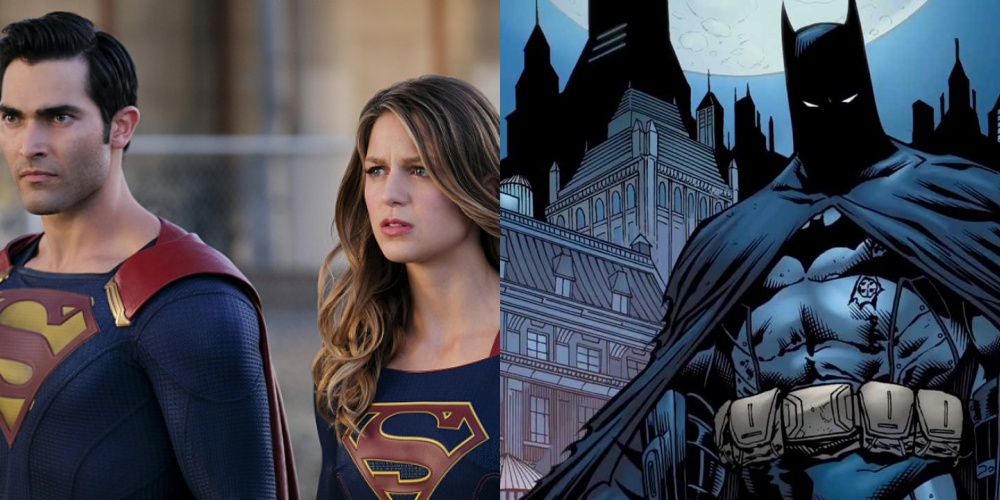 Over the last several years, Arrow has thrown a few nods Batman’s way. The most notable tease being when Oliver gave Felicity her Overwatch codename. Apparently, “Oracle” is already taken. As of late, the Girl of Steel’s show has been throwing around its Bat-weight. An earlier episode of Season 2 featured a family lamenting their move to National City. “[They’re] moving back to Gotham,” but everyone is left wondering why? The most dangerous city in the DC Universe can’t be any safer, even on Supergirl’s Earth. Could their be a certain vigilante that makes them feel more secure? According to Kara, there’s something going on there.

You can hear the “Gotham” reference in the clip below (45 second mark):

#SupergirlCW and Superman team up on the season premiere, Monday, October 10 at 8/7c on The CW! pic.twitter.com/ZjwYsEB8Rh

In Season 2’s seventh episode, The Darkest Place, Kara and crew were gathered together at their new favorite alien hang-out. In the background, the news covered a story on National City’s newest hero, Guardian. Of course, this led to a discussion of the vigilante’s merits… and some clever questioning and dodging from Winn and James. Supergirl herself isn’t particularly fond of the new guy. Her disdain isn’t from his potentially stealing her thunder, though. No, it’s much deeper, and far more awesome than that.

It seems Superman relays a few interesting stories to the Girl of Steel. One of which includes a tale concerning another vigilante. A vigilante with “gadgets” and “a lot of demons.” Sound like anyone we know? Perhaps the Big Guy neglected to mention a cape, cowl, and bat-symbol. But it has to be coming up soon, no? We get it, the Dark Knight is DC and WB’s golden boy — he’s Michael, Superman’s Tito. The franchise must be given great care.

The Oracle reference in Arrow Season 4, and now this, all but confirms that the Bat’s active in the Arrowverse. How long, is the real question. In the animated universe, using Batman: The Animated Series as a starting point, the Caped Crusader was active a bit before Superman came along. That same notion is now being replicated in the DCEU, with Affleck’s Batman returning full on for the Man of Steel. Could the same be happening here?

Before trying to trace the Bat’s Arrowverse history, we have to acknowledge there are at least two. Supergirl’s still unnumbered Earth has one, as does Arrow, Flash, and Legends‘ Earth-1. On Earth-1, he’s probably been active for roughly a decade or so. This is evidenced by Babs already being crippled, presumably by the Joker, and putting away her own cowl to become Oracle. Of course, this is predicated on the assumption that Babs’ cannon story bleeds over into the Arrowverse, which it may not.

On Supergirl’s Earth, the Boy Scout’s been a hero for over ten years. As Kara reminds us each Monday during the opening sequence, when she landed on Earth, her cousin had already become Superman. Unfortunately, there isn’t enough here to debate whether or not the Bat predates Superman. However, it’s likely he’s beyond his Year One or Year Two phase, if he’s worked with Supes in the past and Kara knows about him. 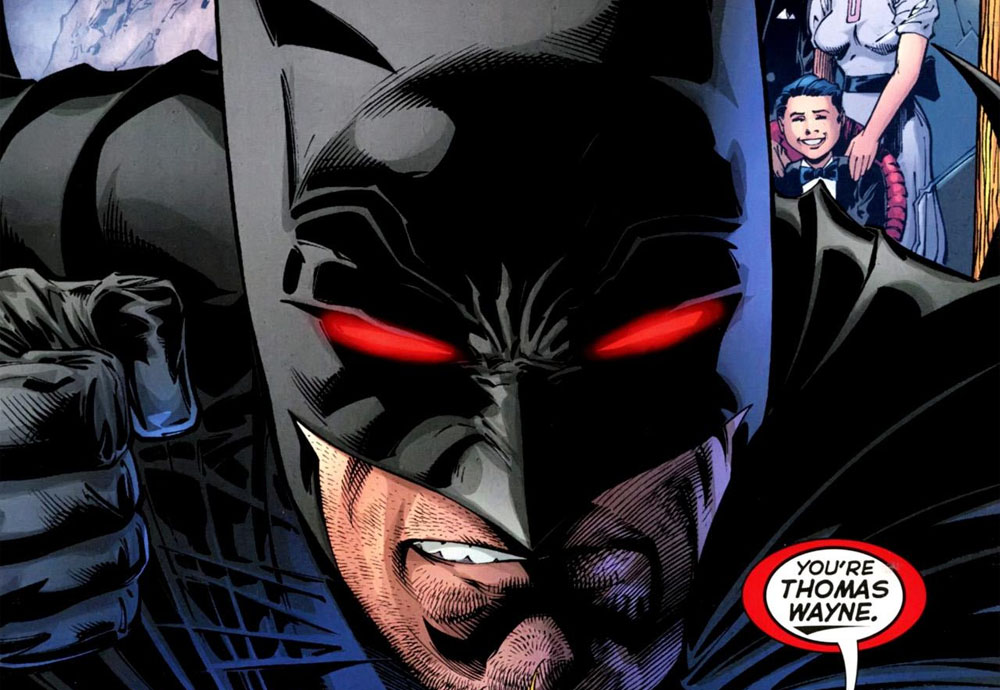 But wait, what about those “demons” she spoke of? Let’s dial it back, shall we? In The Flash Season 2, the Star City of Earth-2 had its own Green Arrow, but he was not Oliver… it was his father, Robert who returned home, instead. Is it possible that Supergirl’s Batman is actually Flashpoint Batman, aka Thomas Wayne? Yes, most Batmen… minus Dick Grayson, of course, have their own demons. However, we have to question why the writers chose that particular term. Why not describe him as dark, mean, or brutal?

Marc Guggenheim recently said we’d likely never see Bruce Wayne on Arrow. Key words being “on Arrow,” and more importantly we won’t be seeing Bruce Wayne. In a round about way, Batman on Supergirl could be in our distant future. Tell us your thoughts and theories in the comments below.