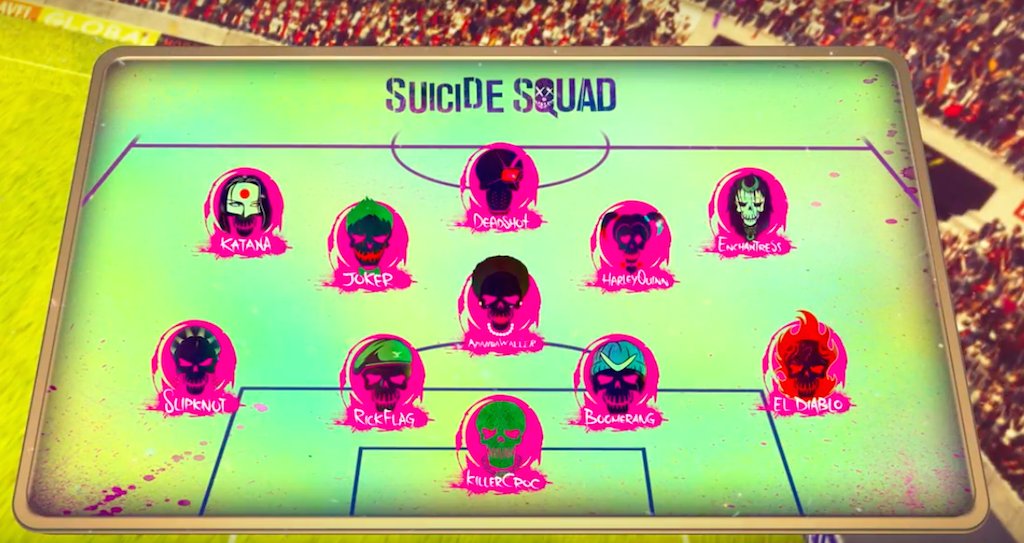 Euro 2016 is fast approaching, and while fans are hedging their bets on how the championship will shake out, the Suicide Squad is building a roster of its own, ready and willing to take on any match. On and off the pitch. To prove just how well rounded the team is, Warner Bros. UK has released a video in celebration of Euro 2016 and the film’s August release date. In the featurette, which you can watch below, each member of Task Force X gets their own card, briefly detailing their biography and attributes. In a voice over, an announcer provides extra context by stating which position the each character would fill on the pitch. Of course, Killer Croc would be goalie.

In addition to the clip above, two new magazine covers also offer new images of the Squad. The French Magazine Cinema Teaser is doing a DC films feature, and has posted a sneak peek of what to expect. One shows the team with Amanda Waller, at attention and battle-ready. The other gives us an awesome new look at Jared Leto’s Joker and his pristine white threads, as he manipulates the colliding balls in a Newton’s cradle device — which feature character icons for all Suicide Squad members.