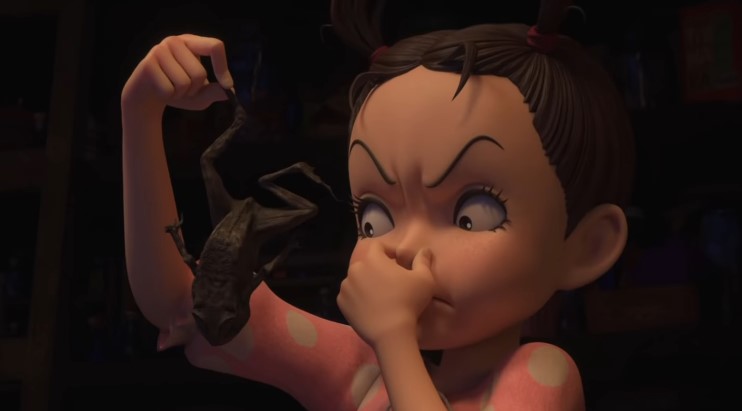 While Studio Ghibli may be best known for 2D animation, they had ventured into the world of 3D last year with the release of Aya and the Witch , an adaptation of Diana Wynne Jones’ book Earwig and the Witch.  Now the movie is set to hit Western audiences this year, and HBO Max has released a trailer for the once again renamed Earwig and the Witch.

Earwig and the Witch follows an orphan girl, Earwig, who is adopted by a witch and comes home to a spooky house filled with mystery and magic.

If you’re familiar with Ghibli movies, you would expect that Earwig would try to follow the look and feel that the studio is known—even with CG animation; but it looks like they’ve kind of fallen short just by looking at the trailer. Then again, the Hayao Miyazaki-esque character designs are still there; which should probably be expected since the movie is directed by Miyazaki’s son Goro.

Earwig and the Witch is considered to be Studio Ghibli’s first foray into CG animation, and expectations were certainly high. Though I don’t doubt that the studio will continue to work on CG films down the line, I hope they still keep to the more traditionally animated films moving forward. With big studios like Disney and Dreamworks dropping traditional animation entirely, it’s great that studios like Ghibli could still keep that medium alive.

Earwig and the Witch comes to theaters on Feb. 3 and on HBO Max on Feb. 5.